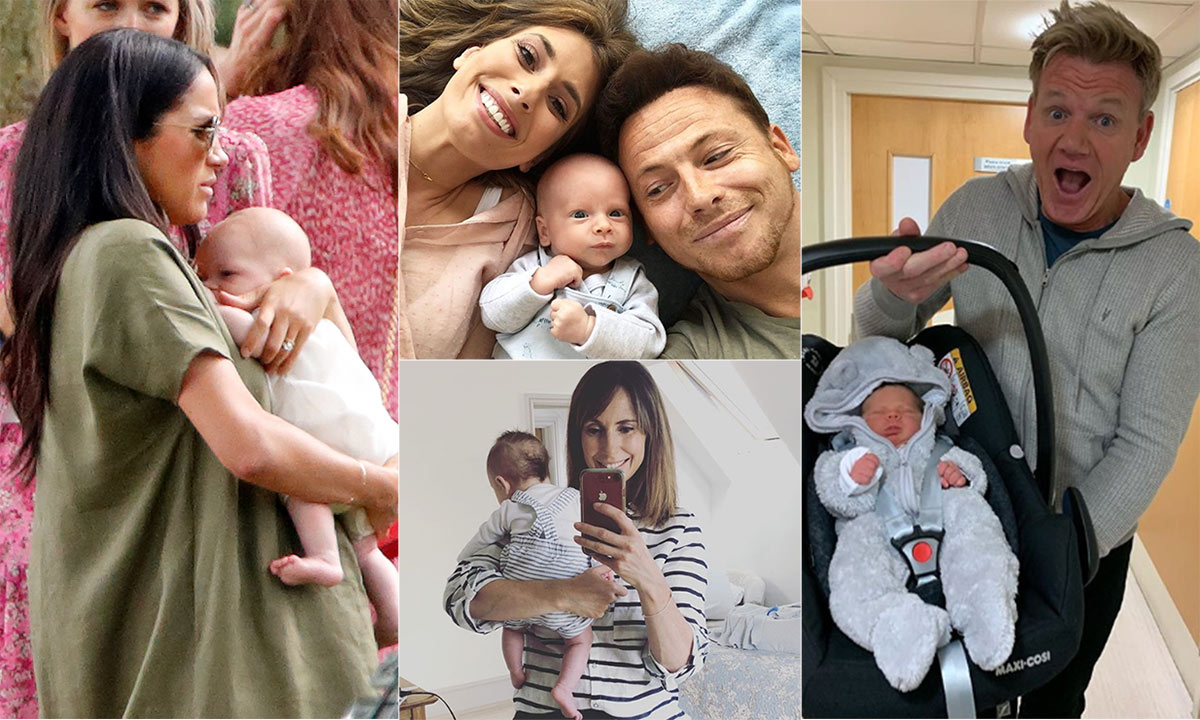 They are a long way to go in having a successful career, but this A-lister cuteness is already grabbing attention. In 2019, Carrie Underwood, Amy Schumer, to Kim Kardashian West all welcomed a new member of their family.

Simlarly to Oona Gray Seppala, these newborns have a silver spoon in their mouth. In this article, we've rounded up the top 5 newborn babies who has already made headlines in the media. Let's know more about the newest celeb kids who are born with a silver spoon.

The Deadpool star welcomed baby no. 3 after his wife Blake gave birth in the summer of 2019. There are many other celebrities like Eva Mendes and Ryan Gosling, who kept secret about the birth of their child. And Reynolds and Lively are no different.

Even to this date, they have successfully managed to keep the name of their offspring a secret. As per reports on Harpers Bazaar, the duo had a third baby in the summer of 2019, and reports also suggest that the child is a daughter.

For two months, they were lying low about the birth of the child. Before this, Ryan is already a father to two kids, Inez Reynolds and James Reynolds. Talking with People magazine in 2016, he said, having a daughter was a dream. Well, he got what he dreamt of. Hopefully, in the future, this secretive couple will come forth with the name of their third child.

In March 2019, Jessica Simpson announced a new member of the family. She gave birth to her daughter Birdie Mae Johnson on March 19, 2019, together with her husband, Eric Johnson. Simpson wrote on her social media about the proud moment.

"We are so happy and proud to announce the birth of our perfect daughter, Birdie Mae Johnson".

Birdie is the couple's third child after parenting a son Ace Knute Simpson and a daughter Maxwell Drew Simpson. Months after the arrival of her baby, Jessica is uploading pictures on the internet, and the viewers are all going Aww.

On May 6, 2019, the Duchess of Sussex Meghan Markle gave birth to Archie Mountbatten-Windsor. The first child of the couple came after a year of Prince Harry and Markle's marriage.

Prince Harry is known to be great with children and is a godfather to many of his friends' kids. Having a baby of his own is the new step in his married relationship with Meghan.

Recently, in an article published in OK! Magazine, the Duke and Duchess of Sussex are ready to welcome their second child. The reports suggest that the couple might deliver their second offspring in LA.

The news, however, is speculation at the moment as no official announcement is made. But Meghan told her friends that she would want to give birth to her second baby in LA as in the UK she felt very lonely and Uncomfortable by not having friends and family around.

In the brood of Chanel and Sterling Shepard, there is a new addition recently. Iman gave birth to the couple's second child on December 17, 2019. Nearly a year back, the duo welcomed their baby daughter Cali Clay who was born in August 2018.

The 29-year-old model named her newborn daughter, Cassie Snow, and announced her arrival via Instagram. In the Insta Pics, the whole Shepard family is placed with Chanel holding her newborn baby.

The baby girl has finally arrived for Shay. On June 28, 2019, she announced her pregnancy with a baby girl via Instagram and YouTube. Finally, on October 20, 2019, the bundle of joy has come for Matte Babel and Mitchell.

In the Instagram picture, after birth, we can see the mother holding her newborn daughter's hand.

The couple named their child, Atlas Noa. Talking to the People Magazine, The Pretty Little Liars actress said that there was no disagreement between Matte and her with the name.

Previously in 2018, Mitchell suffered a miscarriage. On her Instagram story, she shared this story, along with various struggles and challenges in life. Mitchell, furthermore, took the resolution to be more compassionate, empathetic, patient, and thoughtful with each other.