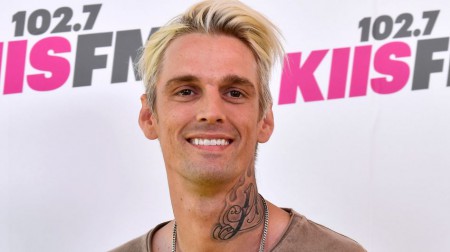 Who is Aaron Carter?

Today we will talk about a popular celebrity who rose to fame as a pop and hip hop singer in the late 1990s. The 31-year-old, Aaron Carter established himself as a star among the pre-teen and teenage audiences during the first years of 21st century with his four studio albums. His major hit was  "I Want Candy" from the 3x platinum album Aaron's Party (Come Get It).

Throughout his career, Carter amassed a stupendous fortune and fame but he filed a bankruptcy petition to shed more than $3.5 million in debt. At the height of his popularity, Aaron owed the Internal Revenue Service $1.3 million in back taxes from his income in 2003. However, he settled all of his tax debt in 2014. Apart from blissful career, he also quite had a fare share of romantic affairs. So, let's know in full detail about Aaron Carter.

Aaron Charles Carter was born on December 7, 1987, in Tampa, Florida, USA. As of 2019, he is 31 year old and his birth sign is Sagittarius. His parents Jane Elizabeth and Robert Gene Carter ran the Garden Villa Retirement Home.

Aaron grew up with four siblings, a brother named Nick and three sisters: twin Angel and B.J. and Leslie. Aaron's older brother Nick is famous as the member of hit boy band Backstreet Boys. Likewise, Angel is a model while Leslie died at the age of 25 due to drug overdose.

Aaron began performing at the age of seven as the lead singer of a local band. he released his first full-length album on December 1, 1997. His next album Aaron's party (Come Get It) sold more than three million copies and was certified 3x platinum and it included the hit singles "I Want Candy", "That's How I Beat Shaq," and "Bounce". Over the few years Aaron has been recording albums ad touring. He is also involved in a few business venture including Rakkaus Records.

Who is Aaron Carter dating now? The news of Carter's relationship status might be shocking for his fans as Carter just recently broke up with his girlfriend, Lina Valentina.

The "I Want candy" singer split from girlfriend Lina in August 2019. Following their separation, Carter released a statement saying:-

"Lina and I have decided to go our separate ways. I was really hoping this would be the one that lasted forever.  We had even talked about having kids, but we couldn’t seem to get past our differences and the relationship eventually turned unhealthy. I’ve been through so much the past few years and am trying to learn from my mistakes."

In an interview Aaron said that Amanda Bynes was his first girlfriend. But Aaron began dating beautiful actress Hilary Duff in 2000. The couple were together for about two years.

While still dating Duff, Aaron began an affair with Lindsay Lohan from January 2002 but they separated in April 2003. Afterward, Carter proposed to Kari Ann Peniche in September 2006 but later called it off.

Carter also dated Kaci Brown who was the opening singer for the Backstreet Boys Tour. They started dating in late 2006. Additionally, Aaron also dated Madison Parker from September 2016 to July 2017.

Apart from his ex-girlfriends, Carter is said to have hooked up with Celina Powell and Trisha Paytas.

As of 2019, the famous singer of the early 2000, Aaron carter has a net worth of $400,000. So, how come one of the most loved star has such a low income. Well, let's begin with Aaron's saddest comment about losing his wealth. In an interview, he said that "The Craziest thing is, I lost it all".

He lost a  major portion of his money around $3.5 million, which he lost to debt; he filed for bankruptcy at the age of 25. As per sources, he owed the Internal Revenue Service $1.3 million in back taxes from his income in 2003. However. he settled all of his tax debt in 2014.

As of now, he is boosting his career by still working in the music industry, therefore his net worth and income might increase even  more in the coming days. In late 2018, Carter bought his first home in California.