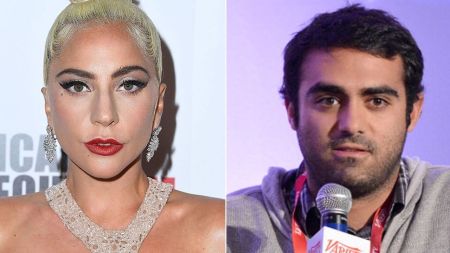 Lady Gaga displaying her boyfriend to the world via her Instagram!

The pop music artist, Lady Gaga was seen spending quality time with her handsome beau, Michael Polansky on Tuesday, February 4, 2020, in a yacht in Miami, FL. On the same day, Gaga posted a picture via Instagram while sitting on her boyfriend's lap while cuddling with him.

In Gaga's Instagram post, the Poker Face singer wrote a beautiful caption, appreciating her beloved fans and her "little monsters." She said she had so much fun in Miami with her current partner, Polansky. As per sources, the couple was kissing each other for an hour before posting the picture on Instagram.

The couple had their first meeting on the 2020's New Year Eve, where they were spotted holding hands and kissing each other at Bavette’s Steakhouse & Bar in Las Vegas, NV on December 30, 2019. During that time, Gaga's lover, Polansky's identity was just a mysterious man to her fans.

As of now, fans know a bit more about Lady Gaga's new lover. Michael is a tech entrepreneur who graduated from Harvard University. Michael runs the Parker Group of Companies and works alongside Facebook Co-founder Sean Parker.

Check out the 2020's New Year Eve of Lady Gaga with her new man, Michael Polansky

Not just on her social media, the duo was again spotted at the Hard Rock Stadium. They were at the stadium to see the match of Kansas City Chiefs vs. the San Francisco 49ers at the Super Bowl LIV on 3rd February 2020 in Miami, FL.

Before grabbing millions of attention with her current partner, Gaga was initially involved in a relationship with an audio engineer, Dan Horton in mid-2019. As far more to this, the star also ended her engagement with ex-fiance, Christian Carino in February 2019.

In the year 2019, some other celebrities like Stephen Sharer also broke up with his girlfriend, Renata in early-2019.