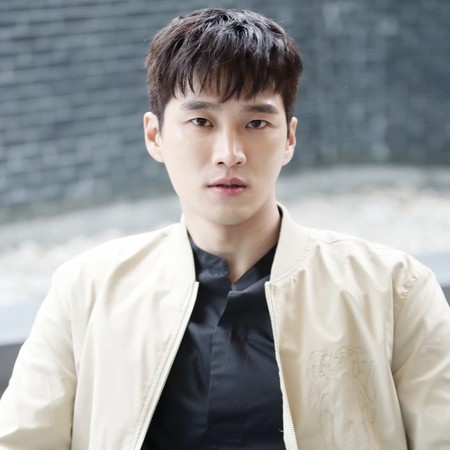 Ahn Bo-Hyun is a South Korean famous actor and model. Moreover, Bo-Hyun becomes famous for his acting on recently aired South Korean drama Itaewon Class in 2020. Besides, he also appeared in 2016 high rated and internationally fame South Korean drama, Descendants of the Sun. Further, he also showed his outstanding acting skill on Golden Cross (2014), My Runway(2016), Wednesday 3:30 PM(2017), Hide and Seek (2018), and Her Private Life(2019). Bo-Hyun also appeared in films like Dokgo Rewind (2018) and Hiya (2016).

The Itaewon Class actor, Ah Bo-Hyun was born on May 16, 1988, in Busan, South Korea. Ahn is a private person so, there is no information about his parents and siblings yet. Similarly, he holds a South Korean nationality and belongs to Korean ethnicity. He attended Busan High School and completed his high school graduation. While pursuing his high school, he used to participate in amateur boxing competitions and also won a gold medal. Later, he joined Daekyeung University from where he completed a bachelor taking major as modeling.

Is Descendants of the Sun actor, Ahn Bo-Hyun Dating? (Girlfriend & Past Affairs)

Putting the highlights on personal life, Ahn Bo-Hyun, 32, is probably leading his single life with his family. Apart, he is currently focusing on his career building rather than being in any kind of relationship. Besides, he is a very secretive nature person and loves to keep his personal life away from the media and the public.

Besides, we don't have any news of his past affairs or girlfriend yet. Further, he might be waiting for his love of life who can support him in every step of his life. Bo-Hyun like traveling, spending time with his friends and has a hobby of photography. As of now, he is living a happy life with his parents and family in South Korea.

How much is the Net worth of  Itaewon Class actor, Ahn Bo-Hyun in 2020?

Furthermore, the average salary of a male model in Korea ranges from $23,978.34 and above. Besides, he is very popular on Instagram @bohyunahn with the following of 1.4 million followers. So, he earns around $4,000-$6,000 per post on Instagram.

On the other hand, he also has his own YouTube channel,@브라보현 ( Bravo County) where he posts the video and blog. Moreover, his channel has 278K subscribers. According to SocialBlade, his channel monthly earning is $83-$1.3K and yearly earnings of $996-$15.9K. As of now, he is living a wealthy and healthy life with his family.

Drama and Films of Ahn Bo-Hyun

Talking about his professional career, Ahn Bo-Hyun, 6 Feet 2 Inches tall, started his acting career in 2014 with appearing in KBS2 drama Golden Cross and Two Mothers and My Secret Hotel by tvN. However, he got his first outbreak through 2016 internationally hit South Korean Drama, Descendants of the Sun. He appeared in the drama along with Song Joong-ki, Song Hye-Kyo, and Kim JI-Won.