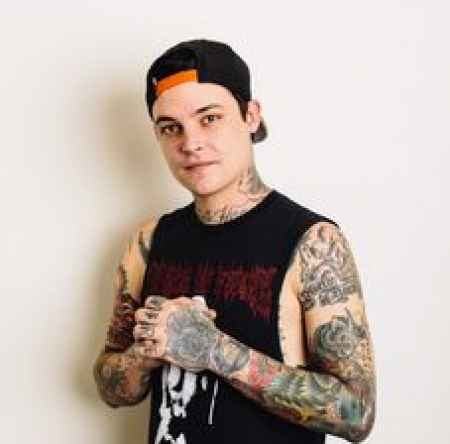 Ahren Stringer is an Australian singer and the lead vocalist of the renowned band Amity Affliction. The band is known for their performance on struggles and abuses in life.

The band was formed in Gympie, the South-East of Queensland in Australia when Ahren and his mate Troy Brady were in high school. They named the band after a close friend who passed away in a car accident at the age of 17.

The name Amity was included for the legacy of their friendship and Affliction referred the loss the band suffered due to his death.

Ahren was born on June 5, 1986, in Australia. He is involved in music from a tender age. He along with his friend Troy used to perform in school concerts during their heydays.

Arhen likes to spend his time relaxing with shots of whiskey. He is too passionate about tattoos and has even inked all over his body.

Concerning his love life, he is neither married nor single. As can be seen on his Instagram, he has multiple pictures with a girl. Until now, the identity of his girlfriend has not been disclosed.

Besides that nothing regarding his past love affairs is available. He has well maintained in keeping his personal details out of media.

Ahren's biggest phobia is about death, likewise, he is horrified of snakes. He claims that Australian snakes could be very poisonous killing at the spot. His mate Joel was once bitten by a spider in his sleep, he was a minute closer to dying but was saved.

While in an interview, the interviewer asked about his last wish, he stated that, "Stringer wants to be cremated and his ashes to be thrown into a police officer's face".

Prior to the release of the album Chasing Ghost, the album cover portrayed a man hanging from a tree who is labeled to have committed suicide. That label brought a huge backlash from the fan base, the band later removed the cover and apologized publicly.

The band had also sparked on sexist comment against a female staff during the Warped Tour in 2013.

What is Ahren Stringer's Net worth?

Being a frontman of the popular band, The Amity Affliction, he has possibly amassed an excellent amount of net worth throughout his career. His major source of income comes from the music industry. Most of the records and albums that the band released until now has been a great hit which has supposedly assisted to accumulate quite a money.

Additionally, he also gains a load of money through live performance, tours, and concerts. He spends quite an amount of his income to maintain a rich and lavishing lifestyle.

As of now, his income and total wealth are still under review.