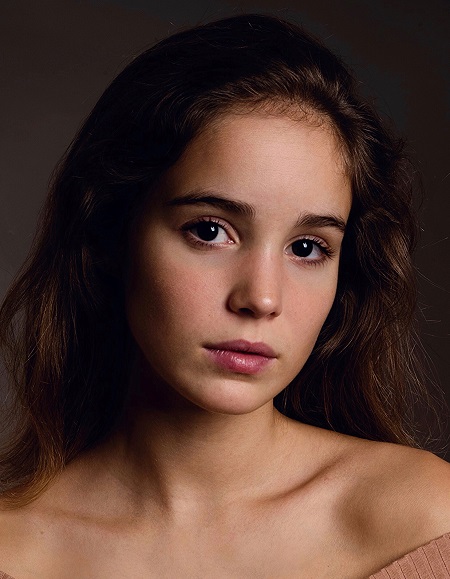 Alba Baptista is a Portuguese-Brazilian actress and model who has been working in the entertainment industry for over the past few years. She is best known for her main role starring Beatriz Varela in Portuguese telenovela, A Impostora from 2016 to 2017. Also, she became part of the Netflix series Warrior Nun, since 2020.

She was born on 10 July 1997 in Lisbon, Portugal. Her mother who is originally from Portuguese once worked as a translator while her Brazilian father was working as an engineer. As per her citizenship, she is Brazilian, Portuguese citizenship, and belongs to the Hispanic ethnicity.

She Has A Boyfriend

Yes, you have read that correctly. The 23 years old actress Alba is officially off the market. She is currently dating to her love of life whose name is Justin Amorim. He is a director who is known for his works like #CasaDoCais (2018), Leviano (2018), and Eva (2019).

Baptista first met her boyfriend, Justin, aged 27, on the set of Portuguese film Leviano in 2014. Since then, they have been sparkling their love romance for about half-decade. Also, they are maintaining a good and healthy love relationship day by day with their trust and happiness.

Similarly, the couple loves to spend time with one another as they frequently travel various places together. Along with this, they keep posting each other's romantic photos on their Instagram posts. Recently on June 26, 2020, Alba mentioned her lover Justin as he is one of the best listeners she knows, saying "Te amo amigo" in her Ig wall.

Now, it's been a for more than 5 years that Baptista and Amorim are reportedly dating. But none of them has revealed their further relationship including their wedding plans. It seems that they are savoring their young age as the best couple ever.

As of early August 2020, Alba Baptista has a whopping net worth of $450 thousand. She has credited for her wealth to her entertainment career goes beyond acting for over half-decade. Jaime Freitas is another actor with a net value of $250,000.

In addition, she has done modeling for various magazine covers, and photoshoots including, Vogue February, Vogue Portugal, and few others.

At age 16, Baptista made her acting debut by playing the main role Raquel in Simão Cayatte's short film Miami in 2012. Since then, she acted in various films such as Flutuar, Leviano, Caminhos Magnétykos, Imagens Proibidas, Patrick, and few others. Her upcoming film is Fatima.