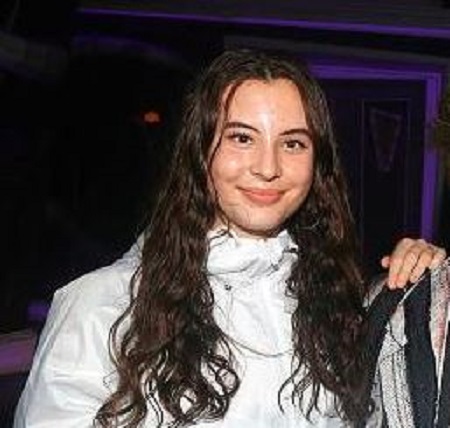 As we all know, there are thousands of people who receive name and fame due to their family. Among them, Alizeh Keshvar Davis Jarrahy who came to spotlight since her birthdate. Well, she is known as the firstborn or single daughter of famous Oscar-winning American actress, executive producer, Geena Davis and her divorced husband, Reza Jarrahy, a Surgeon.

The celebrity daughter Alizeh was born on 10 April 2002 in Los Angeles, California, United States. Further, she has younger twin brothers Kian William Jarrahy and Kaiis Steven Jarrahy, born on 6 May 2004. Her grandparents are Lucille Davis, and William Davis.An Iranian-American

Despite belonging to a family of superstars, Alizeh, 18, has maintained a low key life. So at the present time, there are no clear details on whether or not she is involved in any intimate love affairs with her boyfriend.

On the other hand, her mom, Davis, 64 and Jarrahy, 49, are no longer together. The couple who started dating in 1998 were married on September 1, 2001, in a private wedding ceremony. The couple who have 15 years age gap first met at a party.

But in May 2018 Tuesday, an Iranian-American neurosurgeon filed for divorce from his wife Geena after being married for 17 years. He cited "irreconcilable differences" as the main reason behind their separation in court documents. And he listed their separation on  November 15, 2017.

While the actress who made her acting debut with the film Tootsie in 1982 stated that she never had a marriage license with him in a divorce petition. Since the divorce, she has been living a happy single life.

His Mother, Geena's Failed Past Marriage

Before Reza, Boston University's graduated was previously married to three times. Her first matrimony was with Manhattan restaurateur manager, Richard Emmolo. They got married on March 25, 1982, and had divorced on February 26, 1983.

After a five-month courtship, Geena the daughter of William (a civil engineer) and Lucille (a teacher's aide) exchanged the vows with the director, Renny Harlin on September 18, 1993. Sadly, she filed the divorce from swarthy Finnish director Renny after nearly four years of union, saying "irreconcilable differences", on June 21, 1998.

How Wealthy Is Alizeh Jarrahy?

Meanwhile, Alizeh Keshvar has not started her own profession so there is no source income of her. But she enjoys a lavish lifestyle born to a wealthy family.

Whereas her mother, Geena Davis has an impressive net worth of $30 million as of early 2020. She made all of her fortune and earnings from her successful career as an actress in appearing in ТV ѕеrіеѕ аnd mоvіеѕ.

Besides it, Davis bought an apartment in LA's Pacific Palisades neighbourhood for $4.2 million in 2007. But she has listed her house for sale for $6 million in August 2020.