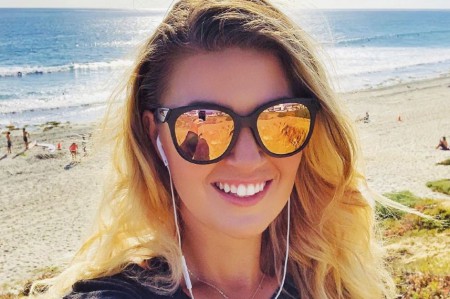 Who is Amanda Balionis?

It is exciting to write about those personalities who are connected with the world’s most expensive sports ‘Golf’ which makes their fans to know about their lavish lifestyle, and Amanda Balionis is one of them.

The 32-year-old Amanda is an American sportscaster currently dedicated to reporting golf for CBS Sport and is also known for her contributions to the sporting community.  Previously, she has worked for popular channels like CBS 2, ABC News, New York Islanders, etc.

Amanda Balionis was born on June 20, 1987, in Pittsburgh, Pennsylvania, the United States. She is the single child of parents Anthony and Dana Balionis. At the age of 10, she moved to Lancaster in Pennsylvania with her parents. As of 2019, Balionis is 32 years, and her zodiac sign is Gemini.

Balionis was raised in a golf-obsessed family. She played volleyball n high school. Also, she was fascinated by golf since her tender age. Similarly, Balionis joined her high school in 2000 and completed her primary education from Manheim Township High School in 2004.

Similarly, Balionis’ passion for sports made her attend Hofstra University, where she studied Broadcast Journalism. A very bright and active student, Miss Amanda graduated in 2008.

At the University, Balionis became a part in the local WRHU radio station. She was also involved with The Chronicle student newspaper and the Association for Women in Communications.

Talking about Amanda Balionis' personal life, she is currently single. However, fans are curious to know about her past relationship and affairs. So, has she dated previously? If yes, then who was her boyfriend.

Yes, the stunning sports reporter, Amanda Balionis, seems to be single currently and she doesn't have a boyfriend. She keeps the detail of her personal life very confidential and stays low profile.

At various times, she has shares tweets and status about her relationship and confirmed having an affair in the past. Back in 2016, she tweeted that she had a boyfriend.

Also, fans got shocked when she specified being pregnant with a child. However, it was later revealed as a joke stint.

She also earns additional income from ad campaigns such as Toyota. On August 17, 2019, she shared a picture of her promoting Toyota car for a commercial ad.

How much is Amanda Balionis' Salary?

The beautiful reporter also does photo campaigns for the various magazine. Well, she also owns several dogs of different breeds which includes Pug which is worth between $750-$1500 and Cockapoo $100-$1200.