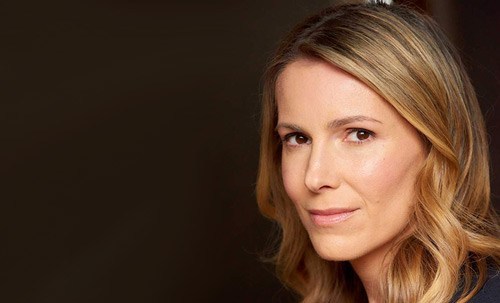 If you have seen the 2011 film Take Me Home, then you will probably recognize Amber Jaeger, who played the character of Claire Barrow. Amber is a well-known American actress and also famous as the wife of an actor and screenwriter, Sam Jaeger, known for his work in the series, Parenthood.

The beautiful actress, Amber was born in the USA, and she belongs to the white ethnic background. Likewise, her nationality is American. She won the hearts of fans and followers from her acting skills, as well as her looks. So, people want to know about her personal life, whether she is married or not. Read the article until the end and know about it.

What Is The Relationship Status Of Amber Jaegar?

Take Me Home star, Amber is happily married to her husband as of 2019. She shared the wedding vows with Sam Jaeger on 25 August 2007. Sam is a prominent American actor and screenwriter who is best known for his works in films such as Parenthood and Hart's War.

Their marriage ceremony was held privately between their close friends and relatives at Crockett's Run Resort in Logan, Ohio, and the function was double-ring ceremony. Back in 2016, the bridal attended an award function when she was pregnant with her third child.

The pair met while the two were attending Otterbein College for the first time. So, the couple probably started dating back from their college life. It has been 12 successful years of their marriage, and the pair shares a great bonding without any divorce rumors and controversies.

Not only enjoying their marriage, but Amber and Jaeger are enjoying their Parenthood as they share three children from their marital relationship. Initially, they welcomed their first child, a son, August in 2010, and he is nine years old as of 2019. After four years of the birth of their child, she gave birth to their second son, Redford, in 2014, who is currently five years old.

At last, she gave birth to their third son, Calvin Ernest Jaeger, on 26 June 2016, weighing 8 lbs, 13 oz. Following their third son birth, their representatives spoke with people and said,

"Everyone is happy and healthy, and the older boys are momentarily excited about having to bunk together."

For now, the couple resides in Los Angeles, California, along with their four children.

Amber's marriage with Sam is not her first marriage. It is her second marriage as she was previously married to an unknown man whose identity is a mystery towards the public and media until now.

Furthermore, she shares a child with her ex-husband. She delivered birth to her first child, a daughter, Aubrey in 1995, who is 24 years old as of 2019.

The well-known actress, Amber has earned a lucrative sum of money from her career. Amber's net worth is estimated at around $2 Million as of 2019 which is similar to Nia Renee Hill. Most of her fortune comes from her acting career as she has appeared in over 15+ movies until now. Some of her top-notched films like Solitary, My Life with Morrissey, Take Me Home, and Advantage Hart has probably paid her remuneration in good amount.

The estimated income of an American actress is around $80,000 per year. So, being popular as well as an experienced actress, she must be earning a wage of over $100,000 per year. On the other hand, her husband, Sam's net worth is between $1 Million to $2 Million as of now.