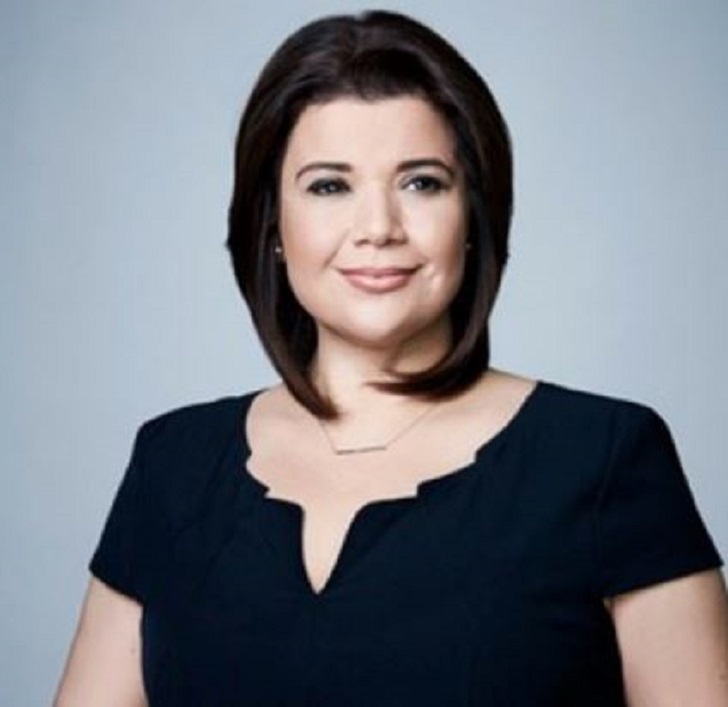 A strategist is responsible for implementing strategy setting goals and mobilizing resources to execute the actions. Similarly, an American Republican political commentator, Anna Navarro is also a for various news outlets, including CNN, CNN en Espanol, The View and ABC News.

Navarro was born in Chinandega, Nicaragua, on 28th December 1971. Being born and raised in Nicaragua, she holds American nationality. Further, her parents are Violeta Flores Lopez and Jose Augusto Navarro Flores. In 1980, her family migrated to the United States because of political turmoil.

Ana Navarro is in a marital relationship with former Florida GOP head, Al Cardenas since March 3, 2019. The newlyweds' couple had known each other for 25 plus years.

Though being 24 years younger than her husband, the couple seems very happy and shares an unbreakable nuptial bond. She is often seen uploading picture of her and her spouse in social media account. The pair combined one of the strongest political powerhouses.

Ana was glowing in a scalloped neck, ivory off the shoulder, silk crepe gown from Rene Ruiz Collection designed by Luis Escudero. Luis even said that the dress is perfectly fit for Ana while she looks too gorgeous in her wedding dress.

Ana's husband Al Cardenas is an American Lawyer and lobbyist by profession. Popularly known for Chairman of Florida and Chairman of the American Conservative Union. He is currently 71 years old.

The Hill newspaper named him as one of Washington D.C's top lobbyists. He was previously married to Diana M Lora Cardenas in 1979 from which Diana and he shares four children. Later in mid-2018, they divorced.

Past Affairs and Relationship

Ana previously dated the president of Baltimore hotel, Gene Prescott. The couple used to share an expensive Spanish revival along with a high-end golf cart and Mercedes Benz in the suburb of Coral Gables together. Later the pair broke up and followed the separate path.

She studied in the Carrollton School of the Sacred Heart, which was the school for girls located in Coconut Grove, Miami. She earned her Bachelor's degree in Political Science and Latin American Studies in 1993 from the University of Miami.

Later she earned her Juris Doctor in 1997 from St. Thomas University School of Law. She raised funds for the Contras while she was in university.

A vocal opponent and Critic

Navarro used to serve as national co-chair of the Hispanic Advisory Council for John McCain in 208 and Jon Huntsman Jr. in 2012. In the year 2016, she became a forthright knocker of Donald Trump and called her party's leaders to disown Trump after the release of the "Access Hollywood" tape. Moreover, Trump was called racist for his comments about immigrants.

In the 2017 election, she was a vocal opponent of Roy Moore to the Senate due to molestation and allegations of sexual assault. She also realized interchange of voting Hillary Clinton in the election.

The Net Worth of Ana Navarro

Ana holds a net worth of $3 Million, which is quite more than a political commentator, Angela Rye. As being one of the top political strategists and commentators, she has bagged a good amount of fortune into her bank account. She earns a remuneration of around $83,800 annually from her profession.

She is known to be an animal lover, and she often uploads her dog's photo on her Instagram account. Apart from all of this is a travel lover and usually seen traveling around the world with her co-worker, friends, and husband. Furthermore, she also has a massive fan following in the social media handle.

For information regarding celebrities and a couple, please visit MarriedCeleb.