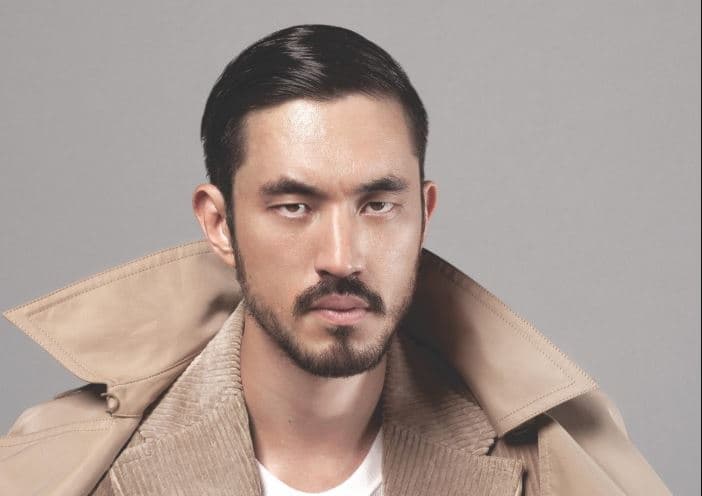 Did Andrew Koji's character Chang in Peaky Blinders betray Tommy Shelby? In the latest series of the hit Netflix show, Koji's character appears as a vital asset to Cillian Murphy's role. Koji is making some serious fan following in the show, just like in his previous series Warriors.

Andrew Koji grew up with a mixed heritage of Half-English and half-Japanese. He rarely spills any beans regarding his birth date but some sources reveal he is around 32-33 years old. The martial artist and Stuntman was born on November 17, 1987, in England where his mother raised him in a single household.

After the divorce of his parents, Andrew's mother worked really hard in order to provide Koji. Seeing his mum's hard-work and growing age, Andrew took upon himself to take care of her. As of now, he's found a dedicated fan base for himself who wants to know about his parents and relationship status. Even if you're among them or not, let's explore his personal life.

Does Andrew have a Girlfriend?

Warrior actor, Andrew is in love with his work and martial arts. From his teenage years, Koji started learning martial arts while making short films in Thailand. In his fifteen legal years, i.e. after 18-years-old, the actor has managed to keep his personal life away from the public domain.

So far, he might've dated a few girls or women, but Andrew never revealed any details on his romantic affairs. Scrolling through his Instagram, his followers can mostly get updated on his professional work.

Because of his secrecy nature, it is safe to call out on his relationship status as single, until further updates.

Andrew appears alongside Dianne Doan in the Cinemax series Warrior. The story is based on the writings of Bruce Lee where Ah Sahm (Koji) travels to San Francisco from China to find his sister Mai Ling (Doan).

In the show, the relationship between Andrew and Dianne character is of brother and sister. During the building up of the story, Doan's character survives the brutality of the real world and makes it to the top of Tong.

Despite being so tough and ruthless because of her stake in survival, Dianne's role also has a vulnerable side. She and Koji's role share a glimpse of the softer and loving side of each other which also builds up into their sibling relationship.

From his skills ranging from acting, martial arts to stuntwork, Andrew Koji managed to secure a decent net worth from all of his work. As of now, his fortune is estimated to be at $100,000. Andrew's appeared as stunt doubles in a big franchise like Fast & Furious 6 which collected $788.7 million at the box-office.

Check out the video of Andrew Koji and his Stunt Work!!!

During his early years, Koji performed stunts in the Thailand movie industry where the payout is around $30 to $200 per day. He also worked in Japan both in front and behind the camera from where he might've earned earnings of around $40,000 to $50,000 per year.

Andrew, however, secured a good payment after establishing himself as the lead role in the show Warrior. In the US, the average income of an actor falls around $50,000 to $100,000 per episode. Koji might've received similar earnings. Warrior is renewed for season 2 now; furthermore, Andrew will also feature in the spin-off movie called Snake-Eyes.

Brilliant Chang in the Peaky Blinders

The family business of the Peaky Blinders is struggling, forcing Tommy Shelby and other members to secure an illegal source of income. The route of illegal earnings brings them to Brilliant Chang played by Andrew Koji.

Koji plays the drug dealer in Britain which is based on a real-life person. During the early 20th century, a drug dealer operated in Britain who was named the Dope King of London. In the show, he features alongside Finn Cole, Cillian Murphy, Paul Anderson, and many more.

To read more about the cast members of the Peaky Blinders, stay tuned to Married Celeb!!!