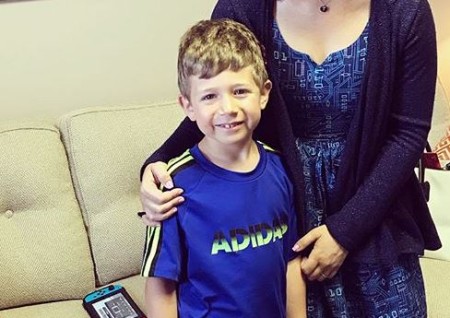 Asher Tworetzky is a celebrity child whose mother, Randi Zuckerberg, worked for Facebook as market development and its spokesperson. Further, Randi is one of the sisters of Mark Zuckerberg, co-founder of Facebook, who became the world's youngest self-made billionaire.

Asher was born in May 2011 in the United States to mother Randi and father, Brent Tworetzky. He is nine years old and is mostly known as the child of accomplished tech parents. Asher has two younger siblings, brother Simcha Tworetzky and sister, Shira Tworetzky.

Asher's parents were college sweethearts. Randi and Brent first met while studying at Harvard. They later married in 2008 on an island located in Jamaica. Their wedding ceremony took place in a traditional Jewish style in the presence of families and friends. They have been married for over 12 years.

Three years after their wedding, the couple welcomed their first son, Asher. Likewise, their second son, Simcha, was born on October 10, 2014. Simcha is named after the Hebrew word for joy. The couple welcomed their third child, daughter, Shira, on July 5, 2020. Shira means song in Hebrew. The kids were born with a silver spoon as their parents are multi-millionaires.

Asher's mom, Randi, is an entrepreneur, investor, bestselling author, and tech media personality. Since 2013, she is serving as the founder of Zuckerberg Media.

Through her company, Randi aims to introduce children and underserved communities to tech and science. She graduated with a degree in Psychology from Harvard University.

Talking about Asher's father, Brent currently serves as the CEO of Parsley Health. Since November 2019, he has been a venture partner at Shasta Ventures. Brent is also the founder and organizer of the New York Product Conference.

Brent graduated with a Computer Science degree and statistics from Harvard University. Likewise, he earned his MBA from the Stanford Graduate School of Business.

Randi Zuckerberg has a stunning net worth of $200 million. Meanwhile, her spouse, Brent, is also a millionaire. Therefore, Asher and his younger brother get to enjoy the luxury lifestyle. However, they are too young to acknowledge their parents' wealth.

As mentioned, Randi owns the majority of her fortune to her brother's company. She worked as the director of market development for Facebook for six years. Currently, Randi is the creator and executive producer of DOT, an animated television show on NBC Universal, CBC, Hulu, and dozens of networks.

Talking about Brent, his wealth is lesser than his wife. However, he has accomplished a lot in his respective career. Further, Business Insider named Brent as one of the secret rock stars of Silicon Valley. At present, he serves as an advisor and member of the Harold Grinspoon Foundation.

Apart from her lifestyle website, DOT, Randi is the founder of Sue’s Tech Kitchen, an innovative tech-themed dining concept for families. Randi hosts a weekly business radio show on SiriusXM as well. Zuckerberg is the best selling author of three books.