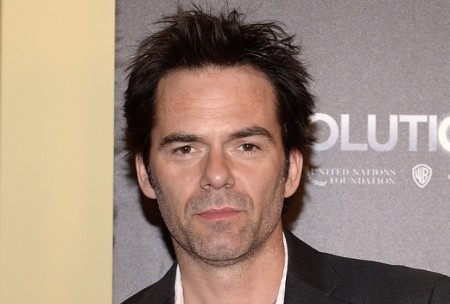 Well, who doesn't love the Twilight Saga film series? One of the most popular fantasy films of all time, the series has grossed over $3.3 billion in worldwide collections. And today we are going to talk about Billy Burke, an actor who is best known for portraying the role of Charlie Swan in Twilight. Further, he appeared as one of the lead characters in NBC series, Revolution.

William Albert Burke was born on November 25, 1966, in Everett, Washington, the United States. Billy began singing and acting at a young age. He studied drama at Western Washington University. After his dream of becoming a singer didn't go well, Billy pursued an acting career.

The 1.88m tall actor was married to British actress, Pollyanna Rose. Billy and his ex-wife Rose began dating in 2008. After dating for a while, the couple tied their wedding knots in a private marriage ceremony on June 15, 2008.

While Billy was starring in Twilight, he welcomed a daughter named, Bluesy LaRue Burke. The couple was having a perfect married life until they decided to separate in 2017. After staying married for nearly ten years, Burke and Rose parted their ways. Further, they listed their Sherman Oaks home for $2.75 million in March 2017.

Billy's ex-spouse, Pollyanna, was born in London and is best known for starring in movies such as Turistas (2006), Luster (2010), and The Devil's Chair (2007). Before marrying Burke, she was married to actor Max Brown from 2005-2008. Meanwhile, Billy is a single man who isn't dating anyone.

The television and film actor Billy Burke has a net worth of $5 million as of 2020. The majority of his income came from starting in television shows and movies. Burke has been active in the entertainment industry since 1990. Therefore, with a career spanning over 30 years, Burke has amassed a decent fortune from his career.

Some of the movies in which Burke appeared collected excellent revenue at the Box-Office. Here take a look:

Burke mostly appears in supporting roles in films; hence his earnings are somewhat lower than the lead casts. On average, his annual income range between $45,000-$121,876. Apart from being an actor, Burke is a producer and a writer as well. He wrote and produced the 2003 film, Something More. Likewise, he wrote the story of the 2004 film, Dead & Breakfast.

Burke began his acting career with a small role in the early 90s films and tv shows such as Daredreamer, To Cross the Rubicon, Party of Five, etc. From 2012-2014, Billy appeared as Mile Matheson in the NBC series, Revolution. For his work, Burke was nominated for a Saturn Award for Best Actor.

From 2015-2018, Billy starred in shows like Major Crimes and Zoo. In 2020, he appeared in the Fox series, 9-1-1: Lone Star, and a web series, Most Dangerous Game. Most notably, Burke is remembered for his work in Twilight, where Mackenzie Foy played the role of his granddaughter.