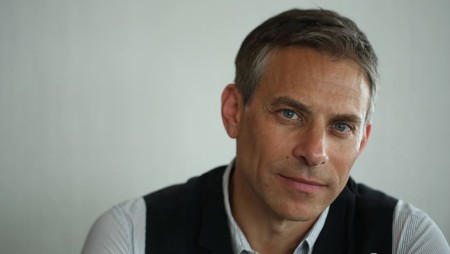 American entrepreneur, Brad Beckerman is the owner of Sill House America's finest liquor company. He is also the former president of merchandising and chief creative officer for the world's leading company, Live Nation Entertainment. Currently, he is working as the CEO of a premiere brand development company, IT.Worldwide, which specializes 360-degree approach integrating identity creation and designs.

Beckerman was born in 1966 in the United States of America and holds an American citizenship. He belongs to white ethnic background/race. To know more about Beckerman's personal life, read the article to the end.

The 53-year-old businessman, Beckerman isn't committed to any relationship as of now. Nevertheless, his fans are asking when he is going to marry and what is his perfect choice with whom he will commit his whole life.

Beckerman is currently busy achieving his goals and aims to become one of the successful business tycoons in the field of commercialization. That's why he prefers to be single while making his name at the top of his career.

The pair were donned perfectly during their nuptial, where Brad donned a royal black suit with a white curtain handkerchief on his left pocket. On the other hand, Paula wore a beaded lace tulle ball gown, designed by Badgley Mischka.

At the time of their wedding ceremony, the bridegroom invited 160 guests, including Rod Stewart and his wife, Rachel Hunter, Magic Johnson with his spouse, Cookie Johnson, the Boyz II Men band, and a pop singer, Brandy. More to that, the bridesmaids were Paula's mother, Larraine Abdul, and her older sister, Wendy Abdul, and her father, Harry Abdul helped her to enter the wedding, holding him on his arms.

Before their second nuptial, the couple exchanged their vows at the New England Carousel Museum in Bristol, Connecticut few months before in 1996. But, they later decided to tie their knot in full traditional custom, and the rest is history.

The couple first met in February 1996 on a blind date in Los Angeles, which was planned by their mutual friends. After having a great conversation, they became friends and further began dating. They then got engaged after Beckerman proposed her with a six-carat ring in Hawaii in May 1996.

Brad and Paula eventually separated after staying married for one and a half years, citing irreconcilable differences and divorced on 10th March 1998. Even after their divorce, they still maintain a good friendship.

Brad's former spouse, Paula was married to an American actor, Emilio Estevez on 29th April 1992. During their wedding ceremony, Paula was five years younger than Emilio, who was 35 at that time.

The former couple's first interaction was in early '90s. At the time, Paula was dating John Stamos. According to People, Estevez called Abdul to express his admiration, on other words, he was a fan of her work. They eventually had a phone conversation and visitation every few weekends after her world tour in 1991.

The pair's marriage, however, didn't last long due to some misunderstandings about producing children. In Paula's opinion, she wanted to pursue her career and desired not to be a mother. This problem let them file for divorce, and their divorce was finalized on 10th May 1994.

Brad Beckerman has a net value of $1.5 Million as of 2019. He might be receiving a handsome remuneration as the CEO of Stillhouse Spirits, which gains a total revenue upto $5 Million every year.

Beckerman's former wife, Abdul maintains a fruitful net worth of $30 Million. Despite her musical albums, Paula is also active in the film industry and recently worked in an upcoming movie, Impractical Jokers: The Movie. Similar to her, some other actors like Marisa Ryan garners a subsequent fortune throughout her successful films.

Gained the Experience in the Business Field

The University of Florida graduate, Beckerman initially started working as the general manager for a global licensed sports apparel company, Starter Sportswear in 1996. After working for six years, he left the job and ran his own entertainment merchandise firm, TRUNK Ltd from 2003 to 2007.

Beckerman began serving as the president of merchandising for the global entertainment company, Live Nation Entertainment in 2007. He later became the chief creative officer for the firm and shortly a year, he established a premiere brand company, It. Worldwide in January 2008. Following that year, he launched another brand related to liquor, Stillhouse Spirits Company in 2009. Just like him, Ben Raymond is also running large financial firms.