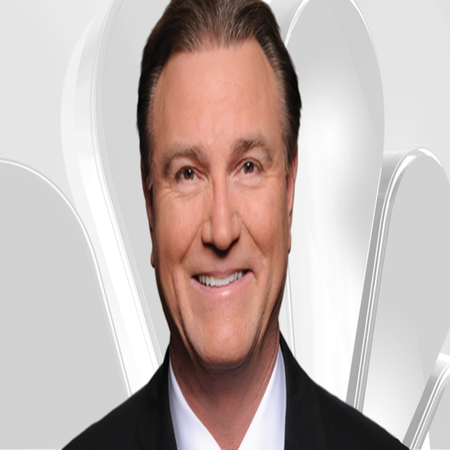 Brant Miller is an American meteorologist and weather reporter. He serves as the chief meteorologist for NBC owned and operated television station WMAQ-TV in Chicago. He joined NBC5 News in 1991 and he served as the meteorologist on NBC 5 News at 5, 6, and 10 p.m. Besides, Brant has also worked as a DJ on WLS-AM/ WLS-FM for over a decades before working in television. Brant also survived a bout with cancer during the 1980s.

The NBC5-WMAQ-TV chief meteorologist, Brant Miller was born as Branton Clair Miller on February 8, 1950, in the United States of America. He grew up and raised by his parents in Portland, Oregon, USA. However, his parents' and siblings' details are still missing. Moreover, Miller studied aviation weather and meteorology at Mississippi State University and Portland State University.

Well, Brant, 70, is a married man. His wife's name is Lisa Miller. Moreover, his wife Lisa is the president and founder of Miller Broadcast Management, Inc., established in 1984. But, their marriage date and where it took place is still under review. There is no doubt that the couple has been married for over two decades and still shares a strong bond between them.

So, we don't have news about their separation or divorce yet. Apart, the duo is living a happy married life by supporting and encouraging each other in every condition of life. Besides, the couple is blessed with two lovely children from their married life.

Furthermore, they became parents for the first time with a baby son, Matt Miller. Matt is grown up and working as a Vice President of Miller Broadcast Management. On the other hand, the couple also shares the second child again a baby boy, Joey Miller. Joey is a meteorologist just like his dad. As of now, Brant is living a happy married life with his wife and two children in Chicago.

Brant Miller has collected a decent amount of fortune from his career as a meteorologist. However, his exact net worth figure is yet unknown. But, we can predict his net worth might be around $1 million which is similar to a meter Heather Tesch and Lee Southwick.

As per some sources, the average salary of a chief meteorologist ranges from $96,774 per year. With such a hefty amount of earning, he is living a healthy and wealthy life with his wife and two children.

On the other hand, he also worked as a radio weather forecaster for over 25 years along with his television career. He also works as a DJ on WLS-AM/ WLS-FM for over a decade. Brant is also heard on KISN(Portland), KMN(Denver), KLIF(Dallas), and WPGC(Washington D.C.).

Miller is also active in charitable work. He supports the March of Dimes' fight for healthy babies, as well as other child orientated functions and charities. He has won Chicago Emmys for a weather special: " The Storms Trackers", Special Children's Programming, and 10 Emmy for Chicago Auto Show specials.

Keep In Touch With Married Celeb For More Celebrity Bio!!!