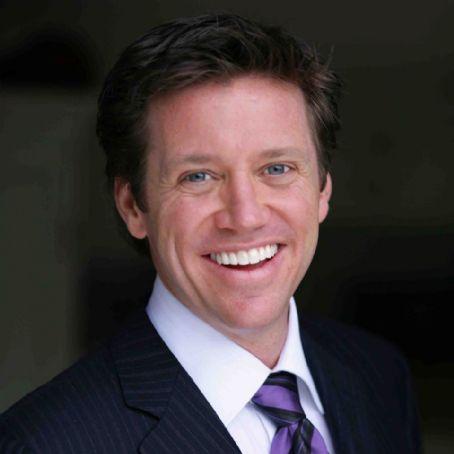 Have you ever heard the name of American actress and businesswoman Suzanne Somers? Then you must have close to her family. Today we are talking about her single child, Bruce Somers Jr..

Bruce Somers Jr. is the founder and owner of Sincbox Media, Inc. He has been serving as the Chief Storyteller and Commercial Director of the company since 1999. Besides, has also wrote and produced several of his mom's videos, including "Somersize Part 1 & 2", "Eat Great, Lose Weight" and "Think Great, Look Great".

Bruce Somers Jr. and his wife Caroline Somers are in a marital relationship for 25 years. Recently, the couple also celebrated their 25th Anniversary in September 2018.

The couple met for the first time in college in late 1980s and dated for around 5 years. Bruce and his wife tied the knot in 1994 at an intimate ceremony.

Caroline is an American writer and producer who was born on 23rd December 1964 in the USA as Caroline Beth Arminio. She currently serves as the President of Suzanne Somers company.

Recently on February 2019, Suzanne's son and daughter in law celebrated their 32nd valentine day where Bruce mentioned about his wife. He wrote:

Ya, she alright in a stick-with-me-thru-thick-n-thin-while-always-managing-to-be-beautiful-regardless-of-what’s-going-on kind of way. Happy 32nd Valentines Day my love

Well, the 23 years old actress Camelia is known for her TV role as Charlotte on the daytime soap opera The Bold and the Beautiful on CBS.

Since her early days, he is giving paternal guidance to Fashion Designer Violet. Now, the entire family living a joyful life together..

How much is Bruce worth?

The son of multi-millionaire actress Bruce Somers Jr. owns Sincbox Media, Inc. since 1999 and is also the Chief Storyteller and Commercial Director. Besides, he also co-founded Quigley-Simpson which he left in 2006.

Working for various organizations, he reportedly has collected a net of millions of dollars.

As an American actress, businesswoman, health spokesperson and author, his mother Suzanne Somers has made a hefty bank balance and owns a huge property empire. She is best known for playing the TV role of Chrissy Snow on Three's Company and as Carol Foster Lambert on Step by Step. As of 2019, Suzanne's net worth is a whopping $100 million.

Bruce and his family split their time between Florence, Italy and Los Angeles, California. He owns houses in both cities.

Earlier, he owned a house in Brentwood, California, which he listed for sale for $3.295 million in 2009. The property covered 3,304 square feet are with four bedrooms and three bathrooms.

His mother Suzanne currently lives with her second husband Alan Hamel in a $2.35 million home in Southridge neighborhood. The couple also owned a $27.5 million Mesa home which they listed for sale in 2010.

Bruce is the only child of actress Suzanne and her first husband, Bruce Somers. His parents married in 1965 and divorced in 1968. Likewise, he is the grandson of Frank Mahoney and Marion Mahoney.

After a divorce with Bruce, Suzanne tied the wedding knot with her present partner, Alan Hamel in 1977 and is still going strong for more than four decades.

As we know already, Somers Jr.'s mother Suzanne has married twice, he has two stepbrothers, Stephen Hamel and Leslie Hamel from his mother's marital relationship with Alan.

For more updates on you favorite celebrity, visit Married Celeb.