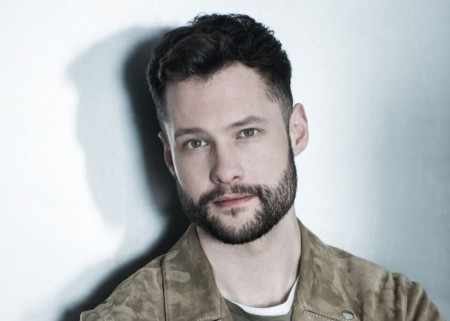 The talent competition show Britain's Got Talent has seen many magical performances throughout its running. And English singer/songwriter, Calum Scott was one such individual who gave an awestruck performance back in 2015.

Scott who auditioned for the ninth series of Britain's Got Talent is currently signed by Capitol Records. His cover song, "Dancing On My Own," a certified platinum in the UK sold over 600,000 copies.

Fame Through Britain's Got Talent

The musician first won the talent competition Mail's Star Search on August 15, 2013, organized by Hull Daily Mail. He then joined a Maroon 5 tribute band, 'Maroon 4' and toured around the United Kingdom.

Scott's hotfoot fame occurred when he auditioned for the ninth series of Britain's Got Talent on April 11, 2015. He performed a cover song called, Dancing On My Own and received a standing ovation from the judging panel.

YouTube: Calum Scott's act got a standing ovation along with a Golden Buzzer!

Simon Cowell pressed the Golden Buzzer as he looked stunned throughout the performance. Cowell's golden buzzer sent Scott straight to the semi-finals, and he said:

"I've never ever in all the years I've done this show heard a guy with the talent you've got. Seriously. And the version was sensational, and that shows to me that you're more than a singer, you're an artist and that's why you got that (the buzzer)."

His soulful performance earned him a huge fan following on social media. People have watched his audition video over 253,942,998 times as of September 29, 2019.

Career after Britain's Got Talent

Scott reached through finals on the show and finished sixth out of 12 contestants. After Britain's Got Talent, he embarked on a series of shows around the UK.

Scott and Sam Smith, another openly gay singer, first met in Nashville. Calum had always admired the "Lay Me Down" singer and expressed a desire to work with him.

As both singers are openly gay, it is evident that the news of their dating surfaced rapidly in the media. Also in 2017, Calum and Smith were rumored to be boyfriends. Further, Calum revealed in a British article that he dated Smith for a while. Currently, both Calum and Smith are single.

Searching the man of his Dreams

By the man of the dreams means the 30-year-old English singer, Calum Scott has interests in men. In show business where people often pass negative comments, Calum openly admits that he is gay. Also, he says sexuality doesn't matter as long as humans own the tendency to love.

As mentioned, Scott is single after his alleged dating with Smith couldn't survive for long. When asked about the relationship, Scott says that he is focusing on his career, but is searching for some love.

In the 2015 interview, Scott revealed he was involved in a romantic relationship with a girl back in 2013. However, he broke up because of constant quarrels and bitterness.

Before the release of his album in March 2018, Scott revealed he was involved in a relationship with a guy. The hectic schedule due to his constant shows led him to broke up again.

Coming Out of the Closet

The talented singer has many female fans, but he is openly gay. He revealed he had issues with his sexuality when growing, but now he feels confident about himself.

YouTube: Calum Scott is openly gay and is confident to tell the world!

Scott revealed on his YouTube channel that even with his professional success, he felt terrified with the idea that people would never speak to him. As a musician, he found the courage to be honest and to tell his story to the world through music.

The BGT star, Mr. Calum Scott enjoys a net worth of $2 million as of 2019. After appearing on Britain's Got Talent, Scott's fame rose to prominence, and his career began to flourish. His songs are best selling hits in the UK, and his albums become certified platinum.

The primary source of Scott's earnings is entirely music and his role as a singer and songwriter. Scott has amassed a decent wealth in a short span of time through his talent. Just like English singer and guitarist, Johnny Borrell also has a similar net worth.

Additionally, Scott earns extra incomes from his shows, albums, and concert tours. His self-titled YouTube channel has over 3.9 million subscribers.

This article aims to provide detailed information about the British singer and songwriter, Calum Scott. To know about your favorite star, please follow, marriedceleb.com.