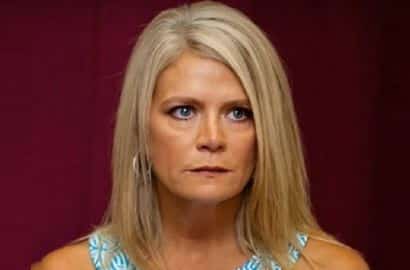 Celebrity Wife, Candi Fisher has been one of the highlighted public figures. She is popularly known as the ex-wife of the football coach, Jimbo Fisher.

Apart from her ex-husband's fame, she runs a foundation that aimed at Raising Awareness for the disorder. Alongside that, she is a massive fan of football and is almost seen attending football matches.

Now, let's take a peek into her personal life and know her better.

What is her current relationship?

Candace Leigh Coogler or Aka, Candi Fisher's relationship has been filled with lots of ups and downs, however, she still manages to keep it all private. As of now, her current relationship status is marked as single. Maybe, she wants some private space and focuses on her career rather than involving in any sort of relationship and affairs.

However, Some of the sources have claimed that she has an affair with Owen Long, the former FSU tennis star and Taylor Jacobs former football player. But all the rumors ended like a blink of an eye.

Neither, of the parties, has officially confirmed their relationship till now. So it has been still a mystery whether they were in a serious relationship or not?

It is a matter of fact that, Candi and Jimbo Fisher were once married. Jimbo who is an American football coach and former player is one of the respective personalities in the world. He has been in this business for past three decades and is one of the successes of all.

Though the pair's exact date of marriage is still missing, however, it has been confirmed that they were together for over two decades. During their marital duration, they are blessed with two children.

Despite, having a huge success in each of their careers. The pair couldn't achieve it in their marital life and finally called it quit to one another. On 10th of December, 2015 the pair officially got divorced which was publicly announced by them.

However, the reason for their split hasn't been officially confirmed yet. But many media has claimed that Candi was accused of cheating her husband. And was involved in extramarital affairs with another person.

Fisher's son is diagnosed with diseases

Yes, the pair shares two children from their marriage. Son, Ethan Fisher, and a daughter Trey Fisher. Both of them are currently enjoying their teenage days at the school.

Their son, Ethan was diagnosed with Fanconi Anemia which is a rare disease, it inherited blood disorder which leads to failing the bone marrow and increases the risk of cancer. Despite, their split, the pair are still taking good care of their children.