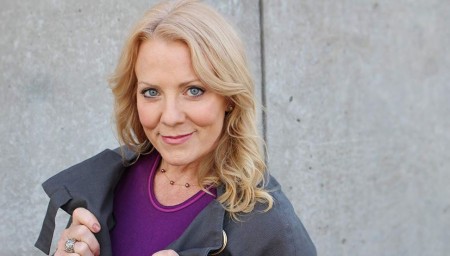 Dr. Casey Jordan is an American criminologist, attorney and legal contributor, well known for her work as an in-house contributor of the TV show, In Session at TruTV network. Currently, she is working on-air commentary for several true-crime shows on Investigation Discovery.

Recently, Jordan featured in the made-for-television documentary, Psychopath with Piers Morgan in 2019.

Casey Jordan was born in the late 1960s in Ansonia, Connecticut, United States. So, her age is around 60 years.

Moreover, Jordan holds an American nationality and her ethnicity is Caucasian white. She grew up in a Christian family because her parents were Protestants.

Jordan graduated from Booker T. Washington High School in 1981. Upon graduation, she attended at St. Clare's Hall in Oxford from 1982 to 1983. Later, she enrolled at The University of Tulsa where she earned a B.A. in Political Science, Law & Society in 1985.

Casey also holds graduate degree (Ph.D., M.Phil, and M.A. in Criminology and Forensic Psychology) from John Jay College (CUNY) from 1985 to 1992. She then went to J.D. in Law, Alternative Dispute Resolution in Quinnipiac University School of Law from 2000 to 2004.

Casey Jordan started working as a press officer and personal assistant to the ambassador for the Libyan Permanent Mission to the United Nations & Embassy to Canada in 1985. Later, she began to serve as an adjunct professor of sociology at Queens College and for St. Joseph's College from 1988 to 1990.

Jordan also worked as a human resources associate and assistant to the president of Health Management System in 1991. She then became associate adjunct professor for John Jay College from 1990 to 2000.

Casey Jordan got her big opportunity as the inhouse criminologist for CNN network in 2001. While there, she identified and caught the round-the-clock coverage of the D.C. Sniper event as the killing spree progressed and the suspects.

In June 2015, Jordan returned to CNN as a contributor where she provided commentary on the new series, The Hunt aired on Sunday Nights until 2017. She also became the owner of Parrish House, Inc from for 10 years.

Casey Jordan made her appearance in the American news talk show, The O'Reilly Factor in 2005. Furthermore, she starred as a criminal profiler in the news talk show, The Early Show from 2009 to 2011. She also appeared as a legal analyst in the crime series, In Session in 2011.

Jordan made her guests appearance in many TV documentaries, including Wicked Attraction, Scorned: Love Kills, and many others. Recently, she starred as a criminologist and investigative profiler in the TV documentary, Good Morning Britain in 2019.

Casey Jordan is married to her spouse, Dr. George Northrop. The duo met for the first time in a birthday party. Shortly a mutual friend introduced them and since then, they became friends. Later, they started sharing their company and fell in love with each other.

Her husband George is a doctor at Danbury Hospital.

After dating for a period of time, Jordan's partner proposed her with a precious engagement ring for marriage. With such happiness in the face, she said yes to him. Moreover, they became engaged in the presence of their parents.

The lovebirds tied the knot in New York City, New York. The marriage ceremony was held at The Midtown Loft & Terrace.

Casey Jordan' net value is pretended to be around $1 Million to $1.3 Million as of 2019. Similarly, her spouse has an impressive bank balance of $2 Million (estimated).

Jordan earns a lucrative between $250 Thousand and $300 Thousand per year. Having a lucrative wealth, she also makes an extra income from her other works which include hosting TV shows, interviews, and many others.

Casey made her appearance in the American television program, MSNBC Live with Jose Diaz and Courtney Hazlett in 2014. So, Diaz and Hazlett have a fruitful net worth of $5 Million and $2 Million. She also guest-starred with many prominent TV personalities who have maintained a handsome wealth.

See The Interesting Gossips & Biographies Only At Married Celeb!!!