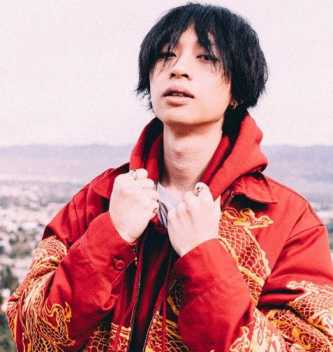 The upcoming star of music industry, Casey Loung is famous for his great vocal and has millions of fans around the world. He is well known by his stage name called Keshi which he gained from the family of his Japanese friend.

Music producer, Keshi was born on 4th November 1994 in Houston, TX. He has a birth sign of Scorpio and is currently twenty-five-years-old. Before making beats and songs, he had a full-time job as a registered nurse.

Is Casey Loung dating anyone?

Twenty-five-years-old, musician relationship status is marked as a single. However, his almost fans are ladies but he is still believed to be single at the moment. Maybe the future star is very deeply focused on his wonderful career rather than engaging in relationship.

Previously through his official Instagram account, he has revealed dating someone of his own ethnicity. But hasn't spoken much about her in any media and social sites account. Furthermore, the talented hip hop artist still unmarried and is ready to conquer the world with his music and beats.

Recently he has uploaded his new songs through various media which has a very good response by the fans. As of now, he is enjoying his single lifestyle and is lost in his own musical world.

The Houston native, Keshi has estimated net worth of $500,000, however, it hasn't been officially confirmed yet. But being one of the talented personalities in the field he might have summed up a very good number of fortune without a doubt. Another musician like Melanie Fiona and Reba McEntire has a fortune of $4 Million and $95 Million respectively.

Enjoy the Keshi's song, tear me to pieces

Casey has been releasing his songs from around four years and has been in numerous tours from which he has gathered a hefty amount of check. Previously as a nurse, he used to earn over $65,000 annually, however, he quit that job and signed Islands records.

Furthermore, he is still very young and there are lots of surprises left him in his near future. As of now, he is set up to tour North America alongside another music artist Eden.

Loung has now become renowned in the scene of lo-fi hip-hop. After garnering a loyal fan base online he decided to become a full-time musician by resigning job as a nurse. Despite being new to the world of music his writing process and beat creating process has been appreciated by lots of fans around the world.

Vietnamese background artist began playing the guitar while he was thirteen-years-old and released his first song Over U. Regarding social media, he has over 188000 subscribers in his YouTube account and his each and every song is viewed by thousands and thousands of viewers. Similarly, he has over 250,000 followers in his Instagram account.