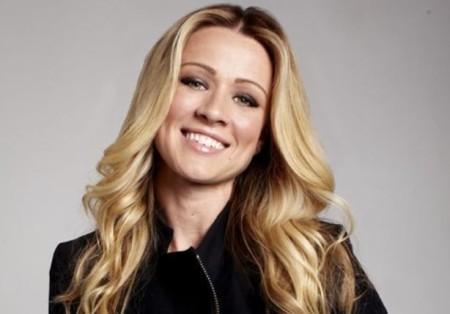 People who are interested in the home design must have watched HGTV's decorating television series, Design on a Dime. Casey Noble, who hosted the show for a long time is an interior designer. Also, she worked as the host for Travel Channel. Besides, Noble is known as Clay Matthews' wife. Clay is a football outside linebacker who is currently a free agent.

Casey was born on May 2, 1978, in the United States. There are no additional details about her family background. She graduated from George Mason University. Later, Casey studied interior design at The Fashion Institute of Design and Merchandising.

The former design host, Casey Noble has been married thrice. Her current and third husband is Clay Matthews. The couple married in July 2015, in an intimate wedding ceremony. As of now, they have been married for over five years. Do you know Casey is eight years older than her husband? She is 42, while Clay is 34 as of December 2020.

Are Casey and Clay still together?

Anyone who looks up to Casey and Clay's social media might be amazed. Well, the couple hasn't shared a single picture of them together. Also, Noble along with Matthews has kept their kids out of the spotlight.

It is not known if Casey and her third husband, Clay is still together. They rarely make any public appearances. However, there hasn't been official confirmation about their separation. Like Noble, Lisa LaPorta who worked for HGTV also keeps her personal life very secret.

As mentioned, Casey was twicely married before she met Matthews. Her first husband was Peter Sarantos whom she married in 2008. Likewise, Noble's second husband was a guy named, Brooke.

Casey and Clay first met in 2013 and was seen hugging publicly at an NHL game. Later, they were spotted in different places, However, at the time, Casey was still married to her second husband. It is not known how many kids Noble has from her past marriages.

Meanwhile, there was a rumor that Matthews had an affair with Kristi Stalter, a fashion blogger.

There is no exact information about Casey Noble's net worth. She was once a renowned television personality for HGTV's Design on a Dime. At present, Noble lives a low-profile life and she might be busy raising her children. However, as a host, she might have collected a decent fortune.

Television hosts who are home decorators might earn somewhere between $38,653-$78,324 per year. Further, Interior designers such as Juliet Ashworth and Alison Victoria has an impressive fortune.

During the time of her professional career, Casey worked at some of the top hospitality design firms, specializing in hotels, restaurants, bars, and spas. Meanwhile, her husband, Clay's net worth is $10 million as per celebrity net worth.

Noble began her career as a computer graphics artist in Washington, D.C. She then moved to California to study interior design. In 2009, Noble founded her own design firm with two colleagues.

Casey’s passion for design and decoration brought her to compete in season five of HGTV’s Design Star, where she finished in the top three.