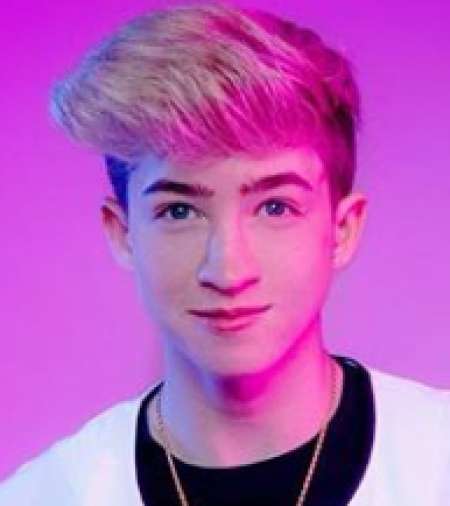 Who is Cash Baker?

Cash Baker is an Instagram star and American Pop singer. He is famously known for his lip-syncing in Tik Tok. Similarly, he has his own band.

Cash Baker was born on March 5, 2003. He was born in Tulsa, Oklahoma. His parents Rick Barker and Tara Baker raised him with an elder brother Maverick and sister Lani Lynn who is also a model by profession.

Barker's ethnicity is white, and nationality is American. Further, his zodiac sign is pieces.

Regarding his education, he was homeschooled. Besides, Barker started his career by lip-syncing videos in Tik Tok. His videos have garnered huge followers of over 5 million.

YouTube: Cash and Maverick - The Way You Move (lyric video)

Further, he, along with his brother runs a band under the title "Cash and Maverick." The brothers released their debut song "The Way You Move," which garnered voluminous listeners.

Cash is very close to his family members. Cash, along with his brother and sisters, travels to different destinations every year. Similarly, he has an intimate bonding with his sister Lynn.

As of now, Cash is 16 and is adored by many of the girls of his age. Sources claim that he might be dating somebody. However, he has not come out about his romantic relationship with the media.

Barker, moreover, is very private regarding his dating and affairs. However, he has uploaded a click with the Instagram model Neven Crisorio. It seems that something is fishy. Well, their relationship is yet to be confirmed as there's no hints and clues yet found to prove them as girlfriend-boyfriend. If he is secretly linked up with someone, it will surely come out soon.

Baker is a multi-talented artist who has collected a huge sum from his career. As a teenager, he has gathered a sufficient fortune at such a tender age. Additionally, his lip-syncing videos garner a good fan base from which he might also receive a good revenue.

Baker earns a good remuneration of over $30,000 from the views on his videos. Apart from that, his music videos have helped gather a huge amount. As a social media influencer, Baker also receives quite a pay cheque from many brand endorsements, including a clothing line, shoes, accessories, and other products.

Further, Cash's net worth is around $300 Thousand. Likewise, another media sensation, Jason Waud, has garnered a good asset from his Tik Tok syncing.