Celebrity Weddings To Look Forward In 2020! 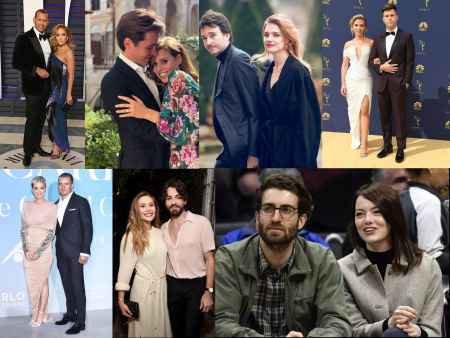 The real truth about the wedding is capturing that one moment once in a while, standing at the center of an ordinary place, and sharing the "I Dos." It seems like some celebrity weddings will steal the limelight in the year 2020.

The wedding of royalties and popular musical artists as well as award-winning actors are going to make extravagant things at their weddings. So, let's see who are the celebrities that are planning to get hitched with their soulmates in the following sections.

Here's a glimpse to the upcoming wedding of longtime couples...

"On The Floor" singer, Jennifer Lopez and baseball shortstop, Alex Rodriguez are getting married in 2020. The bridal said that their wedding would be the most lavish ceremony, where their guests would enjoy all the services with the best cattery.

The couple is dating for almost three years since they had their first interaction in 2017. The pair got engaged at Baker's bay in the Bahamas on 9th March 2019, where Alex gifted a 16-carat emerald diamond ring to Jennifer. So, the bridal is going to make a big boom at their upcoming nuptial.

Russian supermodel, Natalia Vodianova and her longtime partner, Antoine Arnault are expecting a destination wedding in France in the upcoming June 2020. The two are undoubtedly trying their best to wedding dress fully designed to walk down in the aisle.

In the 2019's new year eve, Natalia, and the CEO of Berluti, Antoine got engaged after becoming the parents of two children. Natalia also shared a picture on Instagram, saying that they can't wait to celebrate their next years as a married couple on 1st January 2020.

"Dark Horse" singer, Katy Perry and her partner, Orlando Bloom are precisely planning to be husband and wife in 2020. The couple fir met at a Golden Globes celebration night in January 2016, but they split up briefly.

Following that year, the couple reconciles their relationship after reuniting at a New Year's party in Japan in 2018. A year later, the duo got engaged on Valentine's' Day in 2019, and Katy posted a picture via Instagram, showing her flower-like precious ring on 15th February 2019.

Princess Beatrice of York and her lover, Edoardo Mapelli Mozzi, a London-based executive are the ones who are going to become a royal wedded pair. There is no doubt that the bride's wedding dress would be the best in the wedding by a British designer.

Back in September 2019, Edoardo won the heart of Princess Beatrice with his faithful words. He also gifted her a platinum and diamond engagement ring that consists of Art Deco and Victorian elements. More to that, they know each other for the past few years.

Black Widow actress, Scarlett Johansson and her Saturday Night Live writer, Colin Jost are going to be a real-life married couple. Apart from this, Scarlett and her fiance are making their wedding details scarce to surprise their fans.

Back in December 2017, Weekend Update veteran, Johansson and Scarlett disclosed that they began dating after appearing on Saturday Night Live show. Two years later, they got engaged in May 2019.

Academy Award-winning actress, Emma Stone got engaged with her longtime boyfriend, Dave McCary, who is a segment director of Saturday Night Live in December 2019. They also shared a picture on Instagram, where Emma is showing her engagement ring to her fans on 5th December 2019.

Emma and her fiance, Dave met for the first time in December 2016 when she came to host Saturday Night Live with him. At the beginning of January 2020, they made their first appearance on the red carpet at the SAG Awards ceremony. Since then, they are keeping a low profile, but it appears like they're going to blow the people's minds coming out in their wedding clothes.

Avengers: Age of Ultron actress, Elizabeth Olsen is now planning to get eloped with the Milo Greene musician, Robbie Arnett. Back in 2014, she and an actor, Boyd Holbrook became engaged in March 2014, but they called off their engagement in January 2015.

After staying single for two years, Elizabeth met her current fiance, Robbie in 2017 and then started dating. The duo, further, got engaged in 2019 after making their first appearance in September 2017 at the Gersh pre-Emmys party. Currently, the pair are plotting their nuptial secretly.

On the other, there are some other popular celebrities who committed in 2019. Just like famous Hollywood actors, Dwayne Johnson and Chris Pratt with their partners exchanged their vows blissfully in 2019.

If You're Want To Know More About The Celebrities' Upcoming Wedding Details, Then Subscribe Married Celeb!!!