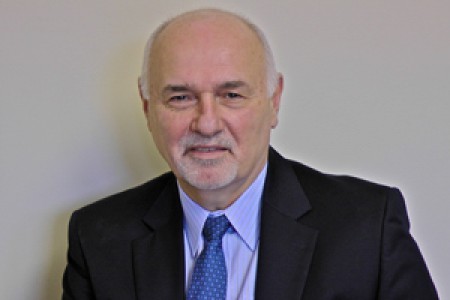 Chris Fagan is a former Portfolio Manager and Investment Adviser at Fagan Associates. The organization which he founded is an independent financial advisor that has been handling investments, wealth management, and retirement planning for over 30 years.

Fagan played professional basketball in Europe before later opening a financial investment company. Additionally, he is a member of the Capital District Basketball Hall of Fame. From his professional career, Fagan earns a lucrative sum of money and has a desirable net worth. Chris is happily married to his wife, and the couple has two daughters.

Married For A Long Time To Wife Kathleen

The investment advisor, Mr. Chris Fagan, lives a happy married life with his longtime spouse, Kathleen Fagan. The couple married in 1982 and have been together for over 37 years, spending a strong marital relationship.

Chris is not active on social media, and he rarely steps out in public with his family. Therefore, the task of tracking down his personal life seems to be difficult. Nevertheless, he and Kathleen are a happy couple as there haven't been any rumors of their separation.

Talking about Fagan's wife, Kathleen, she works at Cengage Publishing in Clifton Park. Previously, she worked as a McGraw-Hill representative. At the moment, the couple resides in Niskayuna, New York.

The founder of Fagan associates, Chris Fagan, is a father of two daughters, Ryan and Kate Fagan. The daughters are involved in their own profession and have a successful life. Also, Chris and his wife, Kathleen, have two grandchildren from their daughters.

Chris' daughter kate is a sportscaster and gay rights, advocate. She worked for ESPN and became a regular on shows like Around the Horn. Kate was born on November 15, 1981, and she is 37 years as of 2019. However, there aren't any details about Ryan.

It seems that Chris and Kate share a special bond. He and Kate used to play basketball in the rec center at Union College. They would also play at the JCC off Balltown Road, Hillside Elementary, Van Antwerp Middle School.

On January 14, 2019, Chris' daughter, Kate, published an article for 'theplayerstribune' where she wrote about the special moments she had with her dad in her early days. She also mentioned that her dad had been diagnosed with ALS (Amyotrophic lateral sclerosis), also known as motor neuron disease, that causes the death of neurons controlling voluntary muscles.

As per Kate, Chris first tried to reassure her that he didn't have it. However, when he took an MRI of his neck, he found spinal compression and symptoms of ALS were accounted for in his left arm.

Kate also mentioned how much she loved her dad and how he reminded her of the special moments that came before ALS. Chris had also played Division I at Colgate University, then professionally overseas in France.

How Much is Chris Fagan's Net Worth?

Mr. Chris Fagan, the former Portfolio Manager and Investment Adviser at Fagan Associates, has a net worth of $8 Million as of 2019. His company is an independent financial advisor for 30 years and take the handling of investments, wealth management, and retirement planning.

Currently, Fagan is not active on his profession because of his health problems. Nevertheless, he has managed to amass an impressive amount of earnings from his career. As the Fagan Associates Facebook page, they have over $400 Million under management. Therefore, Fagan has a stable financial status.

The above article aims to provide an insight into Chris Fagan's life. To know about your favorite celebrity, follow marriedceleb.