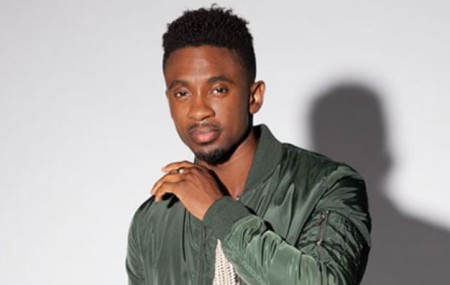 Christopher Martin is one of the renowned Jamaican reggae/dancehall singer and songwriter. He first gained popularity after winning Digicel's Rising Stars, the Jamaican version of American Idol in 2005. Further, Martin is known for songs like Cheaters Prayer, I'm a big deal, Let her go, and Is it love.

Christopher Oteng Martin was born on February 14, 1987, in St. Catherine, Jamaica. He was born to father, Cleveland Martin and mother, Maxine Martin. He studied at Watermount All-Age School and later graduated from St. Jago High School with several awards. During high school, Martin developed an interest in the dramatic arts and sports.

The 33-year-old, Christopher Martin is currently in a romantic relationship with his girlfriend, Brittny Newman who is now known as Briani. Previously an architecture student, Briani is now a singer and songwriter. Additionally, Martin and Briani share a son named, Aiden Martin, born in 2018.

Christopher began dating Brittny Newman in 2017. They have been together for three years but the couple is yet to be married. Further, neither, Martin nor Newman has shared about their future wedding plans. It is only a matter of time when Briani will be the wife of Christopher.

Recently, Briani and her baby father collaborated for a single called, Platinum. Briani who bagged a distribution deal with Sony in 2018 received positive response for her singles What's Good and Cuffing Season.

Apart from having a son with Briani, Christopher has two other kids from his previous relationships.

In 2010, Martin began dating renowned dancehall artist Cecile Charlton, who is 13 years older than him. They welcomed a daughter named, Christiyana Martin (Nana) on August 17, 2012. The 8-year-old, Christiyana is a gymnast, swimmer, and dancer. Unfortunately, Martin and Charlton split in 2014. However, the couple still has a friendly relationship.

Moreover, Martin's youngest daughter is Kris-Sarai whom he welcomed with his previous girlfriend. There is not much information about Kris' mother. Besides, Martin hasn't revealed about his other affairs.

Christopher Martin has an estimated net worth of $1 million as of 2020. He has been working in the music industry since 2005 and has amassed a decent wealth from his 15 years of a professional career. Martin is a record producer as well and has collaborated with many renowned artists.

Apart from his songs, Martin earns a substantial amount of money from stage shows, tours, and gigs. In 2005, he won the Digicel Rising Stars title and then did several stage shows throughout Jamaica.

In 2008, he earned nominations for Jamaica Observer Teenage Choice Awards, Excellence in Music and Entertainment, etc among others. In 2013, Martin signed with New York-based record-label company, VP Records.