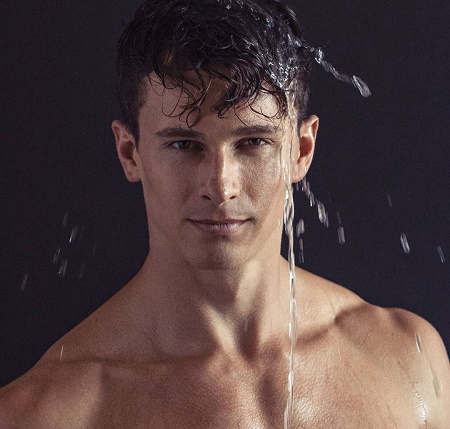 If you've ever seen the dating game show on American reality television, The Bachelorette, which premiered at ABC? If so, you might be close to American Reality Star, Connor Saeli who joined the fifteenth season as a contestant. Apart from this series, he's an investment analyst who is a Founder / CEO Sael Wellness, which focused on providing functional nutrition for everyday lifestyle needs.

He was born on October 6, 1994, in Birmingham, Alabama United States. Saeli has three siblings whose identity is unknown to the media. So far, he holds American citizenship and belongs to the White Caucasian ethnicity. For his education, he studied at the Southern Methodist University and also earned his Alma Master from Cox School of Business.

The reality TV star who is 6 feet 6 inches tall is still unmarried. But right now, it seems to be going something between two former ABC franchise contestants Connor and Peter Weber's ex-girlfriend Madison Prewett.

Well, Connor is the one who sparked a romance with Madison. 24. The Bachelorette alum took a live Instagram with his fellow contestant Mike Johnson on Sunday evening. As Mike asked him during a conversation: "So what's up with you and Madison?" He then simply replied, "We'll see, I don't know."

But, on Friday, March 29, 2020, Madison dismissed dating rumors of the pair via Instagram Live video. She claimed: "We are not together. I'm not with anyone right now. I'm just focused on myself and taking it one day at a time". Thus, the 6 feet 6 inches tall is a single man.

Connor who first competed for the heart of Hannah Brown on The Bachelorette season 15, began dating Whitney Fransway, 29. Originally from Minneapolis, Minnesota, Whitney is an ex-contestant from The Bachelor's season of Nick Viall.

On August 24, 2019, the two started spending a couple of days together in Mexico to get to know each other. The new couple won't go official with their relationship until at the end of September the reunion episode airs out.

But, after dating for two months, Bachelor in Paradise alums called it quits saying: "We rushed into a relationship," Saeli says to PEOPLE. "And we realized we were just no longer connecting."

Before his love affair with  Fransway, Saeli was in a short term relationship with the fellow contestant Caelynn Miller-Keyes. But the former pageant queen left Connor to be with the former season 6 contestant Dean Unglert, whom she met at the filming 'Bachelor in Paradise'.

How Much Net Worth Does Connor Saeli Have?

Connor Saeli is an American Reality Star whose net worth is estimated at $540 Thousand as of early 2020. His primary way of earning is mainly through being a popular Reality Star. Just like Connor, Terricka Cromartie also noted as a well-known TV personality.

At the moment, Saeli is popularly known for participating, in the reality TV show The Bachelorette's Season 15 which premiered on May 13, 2019. So as a cast member of the show, his salary is estimated to be over $45,000 to $50,000. The cast includes Connor Jenkins, Peter Weber, Tenley Molzahn, Daron Blaylock, among others.