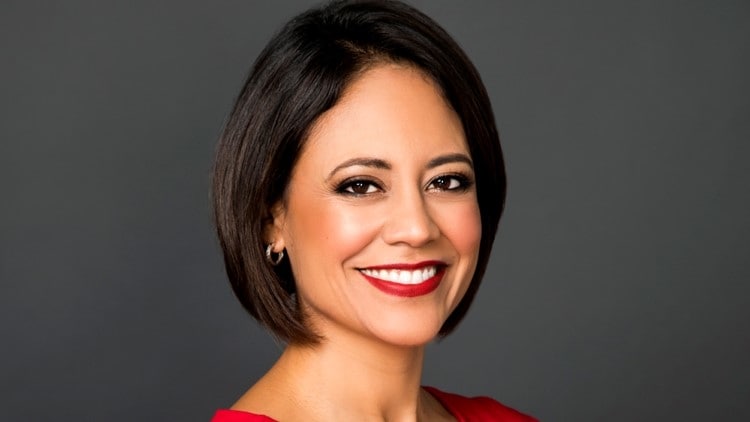 Cynthia Izaguirre is an American journalist, well known as the co-anchor of WFAA-TV / Channel 8. Also, she has received several awards and honors all through her career.

Cynthia was born in 1975 in Dallas. There is no information regarding her birth date as well as family background. Being born to American parents, Izaguirre holds an American nationality and belongs to African-American ethnicity.

Is Cynthia Izaguirre Married? Know About Her Husband and Children

Izaguirre is happily married to her longtime boyfriend, Jeremy, in 2010 at an intimate ceremony. Her husband is architecture by profession who runs the blog "ToodlersandTools.com". She also calls her husband 'Captain Awesome' for making her life better.

From their blissful marriage, Izaguirre and husband shares two children; a son, Aubree, and a daughter, Christina. Moreover, the couple adopted a third child in 2018 whose identity is yet to revealed. The announcement was made via Facebook and Twitter, saying they are expanding their family from two children to three.

Since marriage, the couple is living happily without any rumors and controversy regarding their separation, divorce, or having extramarital affairs.

How Much Is Cynthia Izaguirre's Income? Know About Her Net Worth

Talented American journalist Cynthia is earning a decent amount of money from her journalism career. Her total net worth might be $2 million as if 2020. To date, she has done various shows and covered some of the interesting events which have probably aided an increment in her bonus.

Usually, news reporter earns $40,000, which varies as per their experiences. More to that, an employee at WFAA makes up to $78,000 every year, but she might earn more than the average figure.

Cynthia's journalism career began with KTAB-TV in Abilene. In the following network, she served only for eight months. Additionally, she also worked for a short time at KLTV.

Cynthia then moved to Albuquerque, New Mexico, and served as a reporter at KOAT-TV. Within a short time, she got promoted as a weekend anchor and later appeared in the 5, 6 and 10 p.m. news. Moreover, Cynthia stayed in Mexico for a few years until she received the call and made her breakthrough career.

''I was there for eight years in Albuquerque building up my resume in hopes that would bring me to the ultimate gig that I had dreamed about since seventh grade, and that was to work at WFAA-TV,''

''And sure enough, ten years in the business, I'll never forget the phone call back at the end of 2007 from the news director here at the time, Michael Valentine.''

Valentine was impressed by Cynthia's talent and offered her if she wanted to come back. Without any doubt, she replied ''Yes" and began serving at WFAA-TV in 2008. Since then, Cynthia is known to be one of the most recognized news reporters in America.