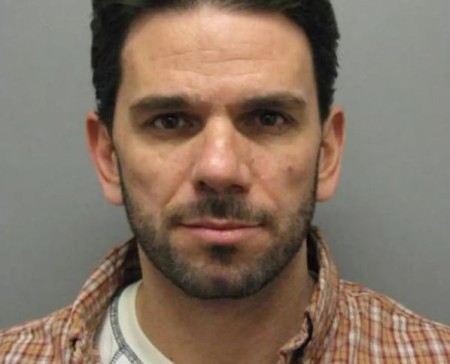 The punishment for child abuse and sexual predators must be as harsh as possible. The victim not only goes through physical torture but suffers from mental illness. And when it comes to the criminal, Daniel Dominic Toce crossed all limits. He sexually abused a 15-year-old minor who reportedly was his stepdaughter. Stay with us to know more.

Daniel is a notorious convicted sexual predator. He was once married to Kim Zolciak, a tv personality and singer who appeared on The Real Housewives of Atlanta. Daniel was sentenced to prison for ten years. He pled guilty of sexually abusing a minor but served only two years before switching to probation. Toce was born on July 30, 1973, and he is 47 years old.

There is no enough evidence but as per sources, Daniel has been married twice before and after he married Kim. His first wife was a lady named, Kimberly with whom he had two kids. Richard Ramirez was a serial killer, rapist, and burglar who was married to Doreen Lioy.

Toce then married Kim and welcomed a daughter. His third wife's name was Mary. However, they split after seven years of marriage. At present, it is not known if Daniel has a family or not. He is off the radar and is completely vanished from the public eye.

When Kim was 23, she married Daniel. As per sources, they exchanged their wedding vows on September 24, 2001. Further, their marriage ceremony took place on a beach in Destin, Florida. Daniel and Kim shared a daughter, Ariana Lenee who was born on October 17, 2001. It means Kim was already pregnant before she married Daniel.

Further, Kim was previously married to a mysterious man whose identity hasn't been disclosed. They had a daughter, Brielle Karenna. She was born on February 25, 1997. Kim and Daniel ended their marriage in February 2003.

Talking about Daniel's ex-wife, Kim Zolciak is a television personality and a singer. She also appeared on the 21st season of the dancing competition series, Dancing with the Stars.

Kim is now married to a former NFL Player

The 42-year-old, Kim is married to Kroy Biermann, a former football defensive end and outside linebacker. He played for Atlanta Falcons and Buffalo Bills. They married on November 11, 2011, at their Roswell, Georgia home.

Daniel had a long list of convictions and arrests for offenses that dated back from 2004, including robbery and larceny. However, he became a national headline in 2011 when the victim came forward revealing Daniel's monstrous side.

The victim was Daniel's ex-stepdaughter who was just 14 when he forcefully had sexual contact with her. As per the victim, she was living with her mother and her then-boyfriend, Daniel. Little did she knew that the person she viewed as her stepfather would force her to have sex on more than 52 occasions.

As per the victim's documents, Daniel slapped, backhanded, kicked, and punched her after becoming angry at her. In 2010, the victim became pregnant with Daniel's child. She had to undergo an abortion. Finally, she gained enough courage to press charges against Toce.

In late 2010, Daniel was arrested for sexual risk of injury to a minor. Further, he pled guilty to a single count of felony sex abuse. He was sentenced to 10 years in prison but served only two and a half years with the remaining being suspended.

There is no information about Daniel's professional career or whatsoever. The convicted criminal was once famous for being the ex-husband of a television personality. Since his disgusting act, Daniel has mostly been out of the spotlight.

Talking about his ex-wife, Kim Zolciak has a net worth of $3 million as per celebrity net worth. From her television shows and business endeavors, Kim earns a desirable sum of money.