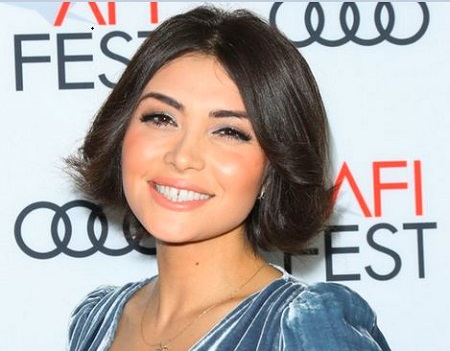 Daniella Pineda is an American actress who is best known for starring as Sophie Devereaux in fantasy supernatural TV series, The Originals on CW from 2013–2014. In addition to that, she is also famous for her roles including as Ruby Simms in American Odyssey and as Vanessa Randall in The Detour.

Further, she played the character of Zia Rodriguez in American science fiction adventure film Jurassic World: Fallen Kingdom in 2018. Asides acting, she works as a comedian who has done several online videos.

Who is Daniella Pineda's Dating?

The 33 years old Daniella is reportedly unmarried. So her fans following are eager to know about this stunning brunette's love affairs. But, unfortunately, she continued to hold her personal life private.

Therefore, Pineda is a probable single lady and seems to be enjoying her time with her family and friends. But she rarely hints about her loving relationship on her social media accounts. She tweeted back in August 2012: "F***ing gross. My boyfriend pulled prunes in his cereal."

In her one Tweet, Daniella said that she has the world's best boyfriend. So, she rarely hinted about her love affairs with several men but she has not spoken anything about them. In addition, she regularly attended numerous award ceremonies and functions with several guys. But none of them came out as her ideal partner.

How Rich is Daniella Pineda?

The 5 ft 5 in tall Daniella holds the colossal amount of $1.5 Million. She has excelled in a career as an actress and has landed in important roles in movies and TV series. Also, she earns an average of $600,000 per year from working in various films and TV series.

Her 2018's science fiction adventure film, Jurassic World: Fallen Kingdom where she played as Zia Rodriguez has earned over $1.3 billion worldwide. It became the third highest-grossing film of 2018. In the film, Justice Smith also performed as Franklin Webb.

In addition to an acting career, Pineda is represented by Imprint PR and United Talent Agency.

His first acting credit was with the TV series, Men of a ?Certain Age in 2010 where she played the role of kit in an episode title “Same as the old Boss. However, she received critical acclaim after starring as Sophie Devereaux in The CW’s “The Originals” from 2013 to 2014.

In 2019, Daniella starred as Cassidy Barrett in Netflix anthology thriller What/If. Apart from TV series, she has performed in several films such as Newlyweds, The Fitzgerald Family Christmas, Sleeping with Other People, and Jurassic World: Dominion.

Further, she has portrayed the role of Marina Hess on a horror film Mercy Black, released on Netflix in March 2019.

She was born on February 20, 1987, in Oakland, California, the United States as Daniella Nicole Pineda. Her parents are Patricia Pineda and Eric Klein. Further, she grew up with her younger brother Elliot Pineda and sister, Anneliese Michaela.

Concerning her education, Pineda completes her graduation from Mills College with a degree in sociology and radio journalism. So far, she holds American citizenship and is of Latino ethnicity.