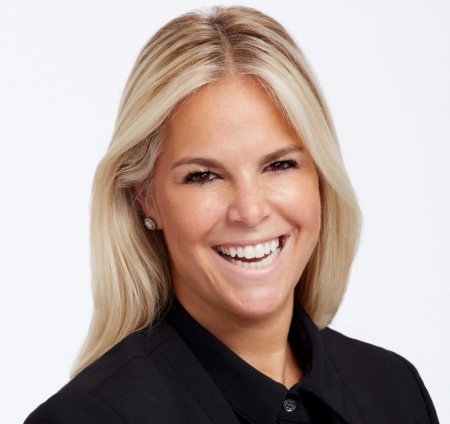 Most people are familiar with the name of Emmy Award-winning journalist, Jeff Rossen, nevertheless only a few people know about his love life, Danielle Baum. She is the TV producer of an American television program, What Would You Do? on ABC network. Currently, she is working as the vice president and executive producer of original programming for Disney ABC Television Group.

Danielle was born in the United States of America and holds American citizenship. She hails from a white ethnic background/race. Other than that, she is living a happy married life. Read more details about Baum's personal life in the following sections.

ABC's producer, Bauman and Jeff Rossen are living in a happy marital relationship for a very long time. The couple tied the knot on 15th July 2001, in Los Angeles, California.

At the time of their wedding ceremony, the pair invited more than 53 wedding guests, including their friends as well as their family relatives. They also capture their wedding moment by a wedding photographer, Juli Armitage, who demanded fees for $4,000 for the photos.

The beautiful couple is the parents of three adorable children. On 27th April 2019, they posted a photo of their elder daughter, Skye Rossen, while enjoying quality time, eating a Shock Ice Cream at the 2nd Carnival festival.

The soulmates also welcome their second daughter, Sloane Rossen on 4th February 2010. Sloan has made her appearance in her father's reports as a child model. Similarly, in 2011, the two announced that they're expecting their third child. Later, Danielle gave birth to a lovely son, Blake Hunter Rossen on 15th December 2011.

How Did The Couple First Met?

The sweethearts met for the first time while Danielle was working as the senior producer of What Would You Do?, and Jeff was leading the Today show as an investigative reporter in 1999.

They later eventually became friends while working on the same channel, ABC network, and began dating. Jeff finally proposed Danielle after a year by the end of 2000, and the rest is history.

The beautiful personality, Danielle, maintains a fruitful fortune of $500 Thousand as of 2019. According to Paysa, an executive producer at Disney ABC Television Group makes $152,637 as an annual salary.

Baum, moreover, serves as a TV producer for the ABC's program, What Would You Do? with the host, John Quinones. The program gained the highest ratings than any other TV program, associating with Danielle. Similarly, James Goldston and Peter Nowalk are also working as producers on ABC.

Lives In A Lavish House

Danielle and her spouse purchased a house in East Quogue, a census-designated place in Long Island, New York, in 2017. The price of their house is $1,560,000, which consists of six bedrooms and seven bathrooms on 2,873 square feet.

The couple's accommodation also features a charming dining room, a kitchen with flourished ceilings, a home office, a standard size media room, and three fireplaces as well as an in-ground swimming pool.

Owner Of A Bichon Frise Dog

The Baum's' family are fond of animals and prefers to keep them like a member close to their heart. Similarly, the couple is living with their pet dog, Nugget, who is only eight weeks old.

Their dog is a Bichon Frise breed that costs in the average range from $250 to $2500 with a median of around $600. These breeds are costly because of their parental history and breeder reputation. The pups of adult Bichon Frises can be listed upto $1500 and more higher.

Danielle's beloved spouse, Jeff, wrote a book, The Woman Who Lost Her Face: How Charla Nash Survived the World's Most Infamous Chimpanzee Attack in collaboration with the author, Meredith Vieira, which earned four and a half out of five ratings.

This book is about a vicious attack done by a chimpanzee in 2009 and a woman, Charla Nash was the victim of the attack who had no eyes to see the world after the incident. Nevertheless, Charla's story gave her a new face and restored humanity into her soul.

Rossen started working as a production assistant for the cable television company, Walt Disney Television in 1997. After two years, she became a production coordinator of the channel.

Rossen later promoted as the broadcast producer of ABC's News Primetime, where she established a keen ability to work with talented executives within the organization from 2001 to 2008. She further became the senior producer for a news program, 20/20 on ABC network from 2008 to 2010.

Rossen, in addition, developed new series concepts for ABC television and cable properties as a senior broadcast producer for ABC's Primetime Special programs from 2010 to 2013. She then served as an executive producer of ABC's show, What Would You Do? for five years from 2013 to 2018. She serves a Vice President and executive producer of Disney ABC Television Group since 2016.