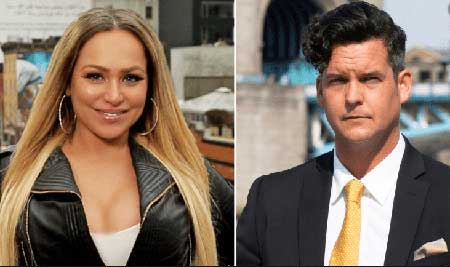 Darcey Silva and Tom Brooks are one of the much-loved couples from TLC hit reality show, 90 Day Fiancé: Before the 90 Days. But, since their break-up news surfaced on the media, audiences are quite shocked seeing their favorite star separated apart. So, it is the end of their love story?

The reality couple who was in a long-distance relationship, first met in person while traveling to visit Darcey's twin sister. As a matter of fact, the pair was previously communicated online for about four years before they actually met on the show, but at that time, Silva was in a relationship with her personal trainer Jesse Meester.

Later, following her breakup, they rekindled their friendship, which turns into something more. The 45-year-old Darcey even visited her then-beau hometown, Nottingham, England, where Tom gave her house keys.

Unfortunately, after a while, their relationship started getting bitter on the show, and during the finale episode, Tom was seen brutally breaking up with Silva during their video chatting, claiming that she's calling him too much. He added, he wanted to be single again and wasn't looking for a relationship. However, he would be happy if Darcey found someone who loves her.

Silva tearfully said to the camera,

Despite their split, the former couple appeared together at the reunion, The Couples Tell All special, and seems comfortable with one another. During the conversation, when host Shaun Robinson asked about their relationship status, Tom simply replied, they were together. On the other side, Darcey said, she still considered Tom as her boyfriend.

At the end of an event, Brooks said he was planning to spend some time with Darcey before heading back to England. Interestingly, both Darcey and Tom's Instagram accounts are private during press time.

Priorly talking to ET this month before the season finale, Darcey indirectly hinted at the end of her relationship with Tom.

"But on that journey of love, I take risks, and I am so proud of it, I will always follow my heart and, you know what, I'm grateful. I'm grateful for the energy that I bring to relationships and opening my heart. It's a positive thing in my end, so we'll see what happens."