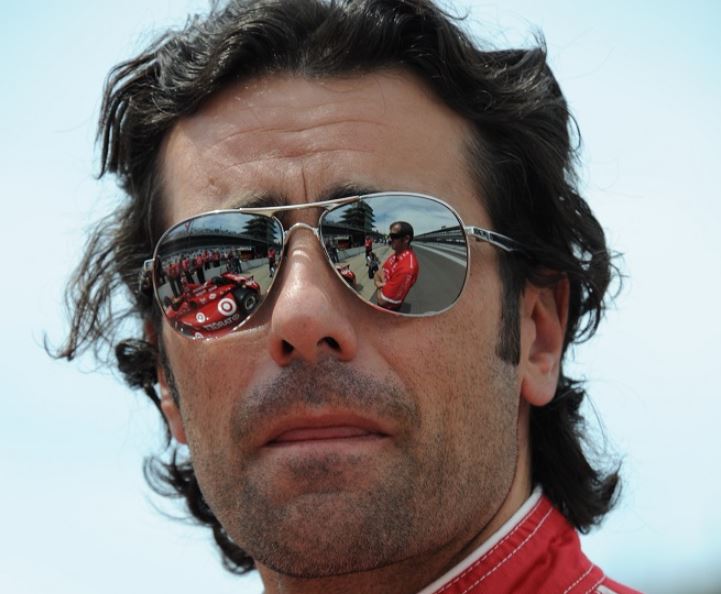 Former British racer Dario Franchitti is popular for winning the IndyCar Series championship four times. He is often considered as one of the prolific racers due to his outstanding dribbling and mobility to gear up to the top of his career. Currently, he is serving as a motorsport commentator in his hometown, Scotland.

Dario was born as George Dario Marino Franchitti on 19th May 1973, in Bathgate, West Lothian, Scotland to Marina and George Franchitti. The native of Bathgate, he belongs to Italian and Scottish heritage. Besides, he is a married man. Let's take a glimpse of Franchitti's personal life.

Former racing driver, Dario is living the happiest moments with his second wife, Eleanor Robb, a native of England. The two married in a private wedding ceremony.

After few months of their nuptial, Franchitti and Robb shared a beautiful daughter, Sofia Franchitti on November 2015. They further welcomed their second daughter, Valentina Franchitti, on February 2019.

The 46-year-old racer, Franchitti, was married to his first wife, Ashley Judd, who is an American actress and filmmaker. The former soulmates walked down the aisle on 12th December 2001 at Skibo Castle, located in Sutherland near Domoch, Scotland.

Well, the couple had their first encounter at the wedding of Ashlee and Jason Priestley on 2nd February 2000. Later, the duo was introduced by the bridegroom, and they shortly began dating and got engaged on 12th December 2001.

But, the pair's marriage didn't last long, citing irreconcilable differences and filed for divorce on 2013. By the end of 2013, the court finalized their divorce. They didn't share any children from their marriage.

IndyCar furious racer, Franchitti maintains a lucrative net worth of $50 Million as of 2019. He makes impressive earnings from his commentary works for Motorsports. In the United States, a motorsports commentator makes $73,469 annually, reported by PayScale.

Listed His Lavish Mansion For Sale

The Motorsport commentator, Dario, once lived in luxurious accommodation located in Menteith, Stirlingshire. He sold his Rednock estate for $4,411,310 (£4 Million) after the divorcing with Judd.

Franchitti's former accommodation further consists of eight bedrooms, seven and a half bathrooms on 3,441 square feet. It also features a big dining room, a wine house alongside a fitness gym.

Franchitti made his first appearance in the television comedy series, Suddenly Susan, in 1999. He then appeared in the TV special program, Maxim Supercats, in 2004. He further starred as the winner of Indianapolis 500 on the talk-show, Live! With Kelly in 2007.

Franchitti also featured on the musical comedy talk-show, Late Show with David Letterman, where he appeared as a guest in seven episodes from 2007 to 2012. Similarly, he also acted on many hit movies such as Turbo, Driven, and various others.