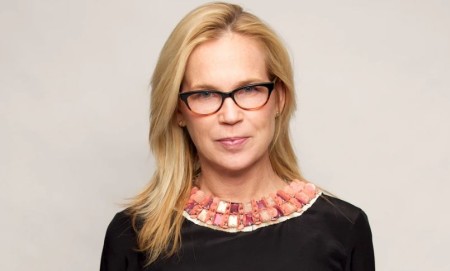 The Stanford University doctoral graduate, Diana Rhoten, is an adviser to Noggin, which is an entertainment brand. She previously worked as an Associate Partner based at the New York-based firm, IDEO. Most importantly, Rhoten is the wife of American journalist, John Heilemann who works for NBC News and MSNBC.

Diana R. Rhoten was born on 18 November 1966 in New York City, USA. She graduated from Brown University with a Bachelor's degree and received her Master's in International Education from Harvard University. Further, Diana studied at Stanford University in Organizational Sociology and later finished her Ph. D. in International and Comparative Education.

The 53-year-old businesswoman now shares a happy and joyful married life with her long-term partner, John Heilemann. They have been together for about 13 years. John is a journalist and anchor who currently works for MSNBC and NBC News national-affairs analyst.

Dr. Diana and her husband, John, who was born on 23 January 1966, shared their wedding vows in the year 2006. The couple enjoyed their love life for many years before becoming husband and wife. Similarly, the two remained focused on their respective careers even after getting married.

A semi-professional condiment connoisseur has no children from her marital relationship with partner Heilemann, who is 54 years old. But the married couple owns two dogs that formed part of their family.

Diana started her career in 1999 after launching the Hybrid Vigor Institute in San Francisco. Around that time, she co-founded Startl, New Youth City Learning Network, an assistant professor at Stanford University School of Education, and for former Massachusetts Governor William Weld as a policy analyst and adviser.

She further also worked as its Chief Strategy Officer for the organization Amplify Education Incorporated in 2011. But later, following three years of working with them, she quit in 2014. Again in  August 2014, she joined the IDEO design and innovation company and has since been their associate partner.

As of now, Diana holds the position of IDEO's Managing Director in New York. Her IDEO job allows her to assist several other businesses with the influence they have on the planet. Also, she works for the Purpose PBC agency as their senior advisor of strategy consulting since July 2014. PBC's goal is to build movements and help others so they can progress toward an open, equal, and free world in their combat.

How rich is John's Wife, Diana?

Although the exact amount of Diana R. Rhoten's figures isn't mentioned to the media, it is estimated to be over $1 million as per some authoritative sources. Likewise, she has collected this decent amount of money from her long decades business and authoring job.

More to that, A Fulbright Scholar and Sigma Xi Distinguished Lecturer have published and co-authored several manuscripts in numerous academic journals, including Knowledge Matters: Transformation of the University of Public Research and Digital Media and Technology in Afterschool Programs, Libraries, and Museums.

Along with this, Diana has earned numerous awards over the years, such as the G.J. Lieberman Fellowship Award from Stanford University and the Stigma Xi Distinguished Lecturer Award. While her spouse, John Heilemann, is an American journalist and analyst who enjoys a $4 Million worth as of early 2020. He made all of his fortunes from a journalism career.