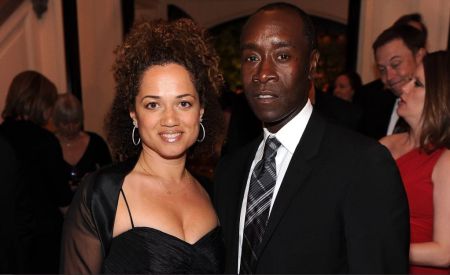 Space Jam 2 actor, Don Cheadle has found a great relationship with Bridgid Coulter, which is the most meaningful for them. The wonderful relationship of the pair appreciates the similarities and the differences to be respected faithfully. As people used to say, love isn't making a living, but it is the finding of someone with whom we can spend our whole life without hesitation.

What's more to this? The perfect match is often seen in activism while supporting many campaigns for humanitarian works. So, how the lover's life going on? A couple of years ago, the rumors of the duo getting married officially came out even though they're living together for more than 25 years. What's the deal? Let's take a look at Cheadle and Coulter's intimate love life.

Is Don Cheadle Married to Bridgid Coulter in 2020?

55-year-old actor, Cheadle and his longtime partner, Bridgid Coulter, an actress aren't committed as of now. Nevertheless, there were some rumors about the couple getting married secretly without telling their fans in 2016. The rumors claimed the pair walked down the aisle in a low-key wedding.

As per sources, the pair denied the rumors of committing to an intimate marriage. But, their relationship is still going on with lots of love and understanding since 1992. Apart from this, the duo is living in a blissful relationship for more than 28 years.

The loving pair lives in a happy lifestyle while having lots of adventure and beautiful memories. Recently, they visited Makalawena Island, Hawaii, and posted some amazing pictures of the palm trees near the ocean via Instagram on 26th January 2020.

Rosewood actor, Don, and his co-actress, Coulter are blessed with two beautiful children. The duo welcomed their first daughter, Ayana Tai Cheadle in 1995, and then Bridgid gave birth to their second child, Imani Cheadle in 1997.

Other than that, Coulter posted a picture sitting on the couch with her daughter and more of Imani's childhood photos on 25th September 2019. In her Instagram post, she said she is grateful to see Imani from an infant to becoming a strong woman. She also said,

"A scientist by training, an artist in practice and a force to be reckoned with in the debate. You are a gracious daughter, sibling, and friend. Love love."

Back in 2018, Don also went to the high school and wished Ayana on National Daughters Day. He then shared a picture of him and Ayana walking down through the high school corridors via Instagram on 26th September 2018. In the caption, he expressed his love for one of his daughter, Imani, saying,

"National Daughters Day was yesterday. missed it. but it's a theme cause I miss you too, boo. you're my heart, but you know that already. and you still let me hold your hand. I'm a lucky so and so... xox"

In Don's Instagram post, he finds joy after attending his daughter at high school, which reminds his old days when he was a child. So, the Cheadle-Coulter family loves to show their companion while making each other's day more glorious.