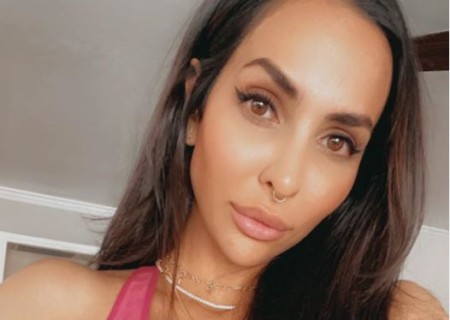 For professional ice hockey lovers, Donya Lehner is a household name. She is most famous for her relationship with Swedish ice hockey goaltender, Robin Lehner. The couple has been married for a long time and has two lovely children. While fans know about Robin, they are always curious to know his married life. So, stay tuned with us!

Donya Naini Lehner is best known as Robin's loving wife. She was born in September 1991 and belongs to Persian descent. Donya is of Swedish nationality and she grew up with a sister in Sweden. Looking through Lehner's social media accounts, it seems she works in the music industry.

The 29-year-old, Donya tied her knot with NHL player, Robin Lehner on July 26, 2014. The couple is longtime lovers who began dating in their early 20s. While playing for the Ottawa Senators, Robin invited his then-girlfriend to move in with him.

They even purchased a home from Daniel Alfredsson, a Swedish-Canadian former professional ice hockey player. Hence, their wedding ceremony took place in Ottawa, Canada. As of now, the couple has been married for over six years. Like Donya, Katrina Sloane is also married to an ice hockey player.

Robin Lehner is a professional ice hockey goaltender who plays for the Vegas Golden Knights of the National Hockey League (NHL). Previously, he has played for Ottawa Senators, Buffalo Sabres, New York Islanders, and Chicago Blackhawks.

In 2019, Robin won the Bill Masterton Memorial Trophy for his dedication to hockey. Additionally, he also won the NHL's William M. Jennings Trophy alongside being named a finalist for the Vezina Trophy.

Lehner has been diagnosed with bipolar disorder, ADHD and post-traumatic stress. He has openly expressed his alcohol and drug addiction in public and media. Further, he checked into The Meadows, an addiction and psychological trauma treatment centre in Arizona in April 2018. And Donya has supported her husband in overcoming his mental problems as well.

While receiving the Masterton Trophy, Robin said: "I'm not ashamed to say I'm mentally ill. But that doesn't mean I'm mentally weak." As of now, Lehner is sober and his career is rising too.

The celebrity wife is involved in the music industry but she has yet to make a breakthrough. Hence, the details about her net worth and earnings are not available. However, she do enjoys her husband's net worth which is $10 million as of 2020.

Robin has earned a total of $21 million from playing professional ice hockey for nine seasons. On October 3, 2020, Lehner signed a five-year contract extension worth $25 million with the Vegas Golden Knights. He received $2 million as a signing bonus and an annual salary of $5 million. Another retired NHL player, Mike Comrie also amassed an impressive net worth.