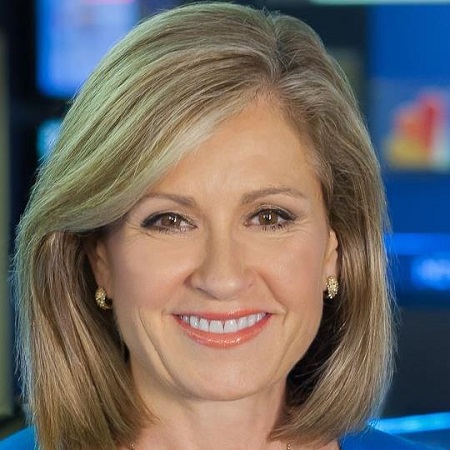 Doreen Gentzler is a three Times Emmy Awards Winning American television news anchor who started her journalism career by hosting the Georgia Public Broadcasting's weeknight show The Lawmakers in around 1979. Currently, she broadcasts the news on WRC-TV in Washington, D.C. as a news anchor and health reporter at 6 p.m. and 11 p.m.

She was born on September 24, 1957, in Washington, D.C., the United States to the Rita O'Flinn, and Ferris Gentzler. Her mom Rita worked for a federal government as a secretary and her father Ferris is a former executive at an insurance company. Further, she has two brothers named John an electrician, and Bill who is a disc jockey. At the age of 11, she moved to Mount Pleasant, South Carolina along with her family.

So far, Doreen holds American citizenship and is of white ethnicity. For her education, she graduated from Henry W. Grady College of Journalism and Mass Communication in 1979.

Sixty-two years old Doreen Gentzler is a happily married woman. She tied the knot with her boyfriend turned husband, Bill Miller, after dating a few times. He is a retired reporter and as well as an editor who focused on law enforcement coverage at The Washington Post.

However, Gentzler and her husband, Bill got hitched on September 1, 1986, at a private wedding ceremony. Now, the couple has been sparkling their conjual relationship for 33 years. And so far, there are no rumors of them having an extra-marital relationship.

They share two beautiful children, a son and a daughter from their strong and healthy three decades of wedded life. The duo first welcomed their eldest or firstborn son Chris Miller in 1991. He is 29 as of 2020.

Three years later, their youngest daughter Carson Miller was born in 1994. She is now around 26 years old. Now, the family of four resides in Chevy Chase, Maryland together.

With a career spanning more than four decades, Doreen Gentzler has been able to expand a modest fortune within herself. As of early 2020, she has an estimated net worth of more than $1 Million. She has acquired her worth throughout her reporting gigs.

Currently, Gentzler works as a news reporter for the television station WRC's on NBC4 at 6 p.m. and 11 p.m. since 1989 alongside Leon Harris and Doug Kammerer. So, as per her recompense, she receives an annual wage of $46,100, which is the average pay for the news anchor at WCMH-TV, NBC4.

She anchored with veteran anchor Jim Vance for 28 years on WRC's 6 pm. But after Jim's death on July 22, 2017, of cancer, their partnership ended. Prior to that, she served for several channels including NBC affiliate WKYC-TV,  the ABC affiliate WSOC-TV, and the CBS affiliate WCAU-TV

Also, Doreen has made appearances on NBC show's The Event in one episode.