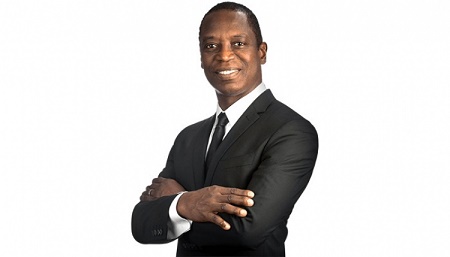 Dr. David Matlock is a world-famous cosmetic surgeon specializing in Laser Vaginal Rejuvenation, Brazilian Butt Augmentation, Vaser Hi-Def Liposculpture, and Advanced Surgical Bodybuilding. His work is to enhance the patient's body as per their needs and desires. Besides, he is also popular for his appearance in TV’s DR. 90210

Born in 1964 in Saint Louis, Missouri, Matlock spent his childhood in both St. Louis and Los Angeles, California. He holds and American nationality.

As of now, Dr. David Matlock shares healthy and strong marital relationship with his girlfriend turned wife, Veronica Matlock. An American plastic surgeon, groom and his beautiful bride, Veronica exchanged the wedding vows in around 2008.

Prior to meeting her husband Dr. David, Veronica used to work as a nurse who had gone through 3 breast augmentations.

Dr. David fell in love with his future wife Veronica when she came in for vaginal reconstructive surgery in 2007. After the first meeting, Matlock even proposed on the first date but Veronica was so shy and bashful at propose time. His partner later accepted his proposal and they eventually started dating as a girlfriend and boyfriend. Happily, on the first date, David even asked her to marry him.

Matlock, MD, MBA, is using his Michelangelo-like sculpting experience to make her good looking ever since. Further, the doctor has not done any surgery on Veronica since their marriage but Mrs. Matlock had already undergone three breast augmentations before marriage.

"I view her as my wife and that is it. If she asks me for another procedure I won't do it. She doesn't need it.”

Nevertheless, Dr. David has always suggested his wife balance her weight. Apart from that, both of the beautiful duos often compete in bodybuilding competitions in their leisure time but they are yet to win a place.

A Beverly Hills plastic surgeon's wife has a daughter named Isabelle Matlock who reportedly is from her previous relationship. Veronica visited David's Los Angeles practice in 2007 after she gained 40 lbs after the birth of Isabella.

Matlock has accepted Isabella as his daughter and currently, the family of three lives in the exclusive Bel Air area of Los Angeles, California

His staggering Net Worth- $2.7 million

Dr. David Matlock is a pioneer of intimate Female Cosmetic Surgery who is highly demanded doctor in Beverly Hills, California for 22 years. His net worth is estimated at $2.7 million as of 2019.

Likewise, he has also collaborated with Dr. Garth Fisher, one of the richest plastic surgeons, on various occasions.

As a National Physics Committee(NPC), Plastic Surgeon understands what it takes, what you want to look like and how to compete with you. His client Danna McDonald had her hair straightened for $600, stating  "It makes my face look thinner,". Similarly, one well-known film business patient paid $4,500 having the whole clinic to herself.

Wealthy physicians, Matlock received his medical degree from St. Louis University School of Medicine in Missouri from September 1970 to December 1974. Later, he went to receive his MBA from the University of California Irvine which is located in Irvine, California in 2000.

Dr. David Matlock is best known for Female Genital Cosmetic Surgery who has taught more surgeons in the world. To date, he has trained over 435  physicians (gynecologists, plastic surgeons, and urologists) in over 46 countries and treated also patients from all 50 states and over 70 different countries.

Dr. is regarded as one of the first cosmetic surgeons while being a cast member on the hit E! reality show Dr. 90210. He was however featured numerous times in over 22 countries during the five years of the show.

Not only this, but Davis is also famous for appearing on the television show Plastic Wives.