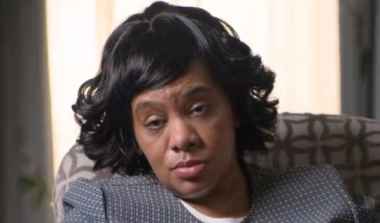 The Pharmacist, a Netflix true crime documentary series showed a Louisiana based pharmacist, Dan Schneider's effort to take down a local doctor named, Dr. Jacqueline Cleggett. Stay with us to know what exactly happened?

Well, Dr. Cleggett became a major headlines in 2009 after she plead guilty to illegally distributing controlled substances to her patients. Dan through his own investigation found that she made almost half a million dollars by illegally prescribing thousands of bottles of OxyContin.

The doctor completely remained out of the public eye up until she gave an interview in the Netflix's latest true crime documentary, The Pharmacist.

Jacqueline who grew up in a small town of Mississippi married David Howard in 1990. David was an emergency room physician. They became the parents of three kids but due to some personal misunderstandings, Cleggett and Howard divorced.

Around the time Dr. Jacqueline finished her residency program she separated with her then husband. Eventually, she got the custody of he kids.

It was 1991 when Cleggett welcomed her first child Kelli Lucas. Similarly, she welcomed her second child Erica  Lucas. Further, her third child's name is Marlon Lucas.

Due to her medical havoc and deteriorating career, the doctor remained out of the media attention most of the time. Therefore, the detail information about her children's whereabouts is unknown.

The 58-years-old doctor is single. There is no sign of her being in any kind relationship. Cleggett seems to be a busy woman who is having a sound career in the medical field.

However, she has maintained her personal life unknown from the media maybe that is the reason no one knows about her present affairs and love story. But she got previously married. Just scroll down to know more.

Jacqueline's medical career got ruined after her illegal operation of the pill mill got exposed. A Louisiana based local pharmacist named, Dan Schneider is the man who took down Cleggett's business. So, what was the story behind it?

Well, Dan's son, Daniel Jr who was 22 years at the time was fatally shot. He attempted to secure crack cocaine in New Orleans. The local cops struggled to find the killer but Dan was determined to solve his son's mysterious death.

His investigations led him to Dr. Cleggett, who used to prescribed wrong medicine to the people for the sake of extra money. As the result, Jacqueline's medical licence was revoked in 2002

How much did Dr. Jacqueline Cleggett earn?

Doctors in the United States basically earned on average $237,000, while Specialists earned $341,000 so maybe she is also receiving a similar salary while being a doctor whereas a doctor like Jason Wimberly earns around $300,000 as a salary.

As per 2020, her estimated net worth is at around $500,000. Furthermore, she has gained millions of dollars through her shady as well as she also got a penalty of $1 million dollars for abusing her authority. She also earned an enormous amount of money through her pharmaceutical company just like Dr. Kevin Sands, but Jacqueline has not revealed her exact income and earnings yet.