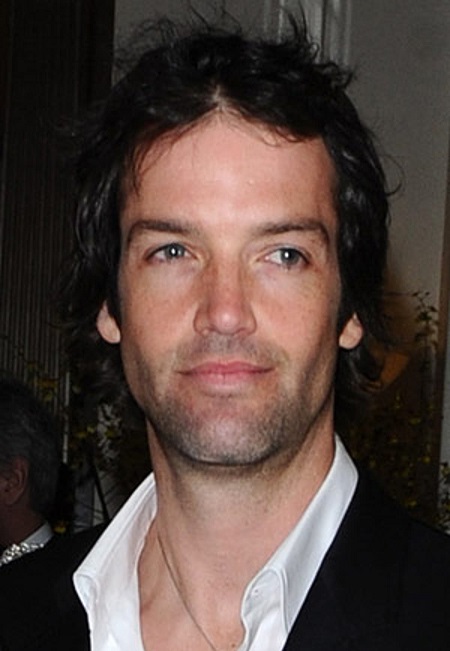 Did you ever watch the epic romance and disaster movie Titanic from 1997? Then recall the main character Rose DeWitt Bukater played by famous British actress Kate Winslet. Well, today's topic is about her third husband, Edward Abel Smith, the businessman.

He was born on January 1, 1978, in the United Kingdom as Edward Lyulph Abel Smith. But he legally changed his name on Ned Rocknroll in 2008. His parents Lindy Branson and Robert Abel Smith had divorced when he was a toddler. So he was raised by his mother and stepfather, Robin Brockway in South-West London along with his four siblings. More, he is the nephew of Richard Branson.

Smith first met his wife, Winslet unexpectedly during a trip on Richard Branson's private Island in August 2011. It was the same trip where Kate saved Richard's 90-year-old mother from a fire.

But at that time, the Oscar-winning star actress was in a relationship with her on-off boyfriend model Louis Dowler. After that incident, Smith and Winslet eventually started dating and became engaged for months privately.

In December 2012, the couple got hitched in New York without informing their parents. During their nuptials, Kate's long term friend or Titanic co-star Leonardo DiCaprio was there as their guest member.

He is a Dad Of One Son

On December 7, 2013, the couple welcomed their firstborn son, Bear Blaze Winslet. The mom of three Kate explained that she named her third child unusual name for sentimental reasons.

First name Bear means: "A friend of Kate when she was younger was nicknamed Bear, and she had always really loved it", she explained on Ellen DeGeneres's show. "Bear's second name is Blaze because her husband and she met in a house fire basically.

Further, Edward is a stepfather of two children. His bride Kate was once wedded to Jim Threapleton from 1998 to 2001 with whom she had daughter Mia Threapleton,19. Also, Kate was in a conjual life with Sam Mendes from 2003 to 2011. They had son Joe Mendes, born on December 22, 2003.

He is Ex-Husband Of socialite Eliza Pearson

Yes, before marrying actress, Kate, he was previously married to British socialite Eliza Pearson for two years. After sharing their first kiss together at a friend's party, they started dating eachother.

Two years later, Ned RocknRoll, 42, popped the question to his fiancee Pearson in 2008. And finally, they exchanged wedding vows in August 2009 on the Caribbean island. A month later, the newlyweds had a wedding reception party in the grounds of Cowdray Park House in West Sussex surrounded by 200 guests.

Sadly, in April 2011, Ned and his wife, Eliza declared their separation and filed a divorce in June. He said to Pearson he was in an intimate relationship with Kate the same year September. But Pearson later clarified that "the break was really pleasant" and that they were both "the best of friends."

As of 2020, Edward Abel Smith who has a net worth of $25 million. He has amassed his fortune throughout his various business endeavour. He is currently working for Virgin Galactic as a Head of Marketing Promotion and Astronaut Experience.

Whereas his wife, Kate Winslet has a whopping a net value of $65 million, which she has earned from acting work. Today, she is regarded as one of the most decorated actresses of the modern era. However, she skyrocketed to fame after portraying the main role in the insanely successful film Titanic.

She reportedly gets paid almost $2 million for her role Rose while her co-star, Leonardo earned $2.5 million for his role Jack Dawson, as per sources. And the film has successfully exceeded box office expectations with earnings of over $2 billion, making it the second film to earn more than $2 billion worldwide, after Avatar.