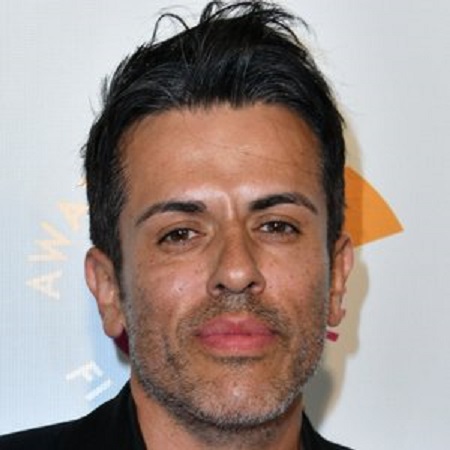 Colombia based Edwin Arroyave is currently working at Skyline Security Management as the CEO and Founder. Also, he worked as an executive producer for the short movie Spoken Word in 2016. But he received huge fame as the supportive husband of The Real Housewives of Beverly Hills's cast member, Teddi Mellencamp Arroyae, or commonly known as Teddi Jo.

He was born on April 19, 1977, in Colombia but moved to Los Angeles as a toddler with his parents. Further, he has one older sister whose name is Adriana. For his high school education, he attended Huntington Park. So far, he holds American citizenship and belongs to the white ethnicity.

Edwin and Teddi Got Married in 2011

Arroyave, 43, and Mellencamp, 39, exchanged the wedding vows on July 7, 2011, on Arroyave's dad's property. Before wedding bells, they have dated for about three years. They first met in 2010 on the nightclub and began a relationship in 2008.

The marital ceremony was filled with a newlywed couple of family and friends. Also, the bride's father John sang a beautiful song for his daughter and son-in-law during the event. Now, the producer Arroyave and Bravo TV personality, Teddi has marked their nine years of marriage in 2020.

They are often seen traveling various places during their vacation and loves one another companionship. Till now there's no news regarding the duo's external marital affairs and relationship.

Before, Edwin, Mellencamp was wedded to Matthew Robertson in on June 3, 2006, Bloomington, Indiana. But two and a half years later, they ended their union in July 2009, citing irreconcilable differences.

He is a Father Of Four Children

Yes, Edwin is a proud dad of four kids, three daughters, and one son. He shares three babies, two daughters and one son with his current wife, Mellencamp, daughter of John and Victoria Granucci.

They welcomed their first child, a daughter named, Slate Arroyave who was born on 6 October 2012 and now seven years old. Their second-born or middle one son Cruz Arroyave was born on 21 August 2014. Recently on February 25, 2020, their youngest baby girl Dove Mellencamp Arroyave has arrived.

Net Worth and Earnings of Edwin Arroyave

Starting working as a telemarketer at age 15, Arroyave has undoubtedly earned a heavy amount of money. As of 2020, he has an estimated net worth of $12 Million which is combined value with his wife, Teddie.

Further, Arroyave earns over $500,000 annually as a CEO of a company called Skyline Security. Besides it, Edwin and Teddi bought a house in Hollywood Hills for $4.07 million in 2018. The apartment previously belongs to Megan Ellison's movie producer and daughter of billionaire Larry Ellison.