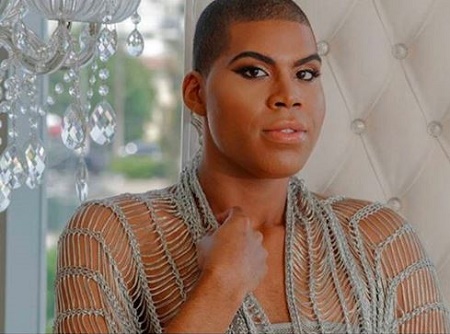 EJ Johnson, an American TV personality and socialite is best known for appearing on the reality show, Rich Kids of Beverly Hills on E! from 2014 to 2016. He has appeared in his own EJNYC spin-off reality series and stars on tv talk shows including Steve Harvey, The Truth, Chelsea, and more.

Earvin "EJ" Johnson III was born on June 4, 1992, in Beverly Hills, California. Moreover, he is the youngest son of NBA player, Magic Johnson and his wife, Earlitha "Cookie" Kelly. Moreover, he has one older brother Andre, and a younger adopted sister, Elisa.

Is EJ Johnson Dating Anyone Currently?

The 27 years old TV star who came out as gay in 2013 is a reportedly single guy. In the meantime, EJ has not revealed anything about his romantic dating affairs to the media or public.

Scrolling the social media posts, the 188 cm TV star tall often shares an impressive hanging out pictures with his family and friends. Though until now he has never listed any guy or girl as a girlfriend or lover of his.

Unconditional Family Support on Being Homosexual

EJ, the 27-year-old son of Magic and Cookie Johnson, openly announced his identity to be gay at age 17. The TMZ videotaped him actually walking down Sunset Boulevard holding hands with a male friend. But his family never discriminated against him and even helped him in making his decision to publicly come out.

The parents Magic and Cookie open on "Oprah's Next Episode" on how they found their son was gay, and why their love is unconditional. Mother, Cookie says she and her husband Magic have known about their sexuality as a son for a long time.

Cookie says he'd like to wear dresses and dance around when EJ was 3 or 4 years old. And as a parent, when that teenage period came around she took her son aside and spoke to him about it. She did not want him to feel guilty about this Because.

I love you, so I’m going to support you no matter what.’ And I think it made him feel good  because it’s one thing with Mom. And it was another thing with me, because he wanted my approval. He wanted my support.”

Johnson left the West Angeles Church of God in Christ after he came out because of their beliefs on homosexuality. This is the church in which he grew up.

Working as a socialite and reality television personality, EJ Johnson has gained sufficient fame and reputation in the television industry. He has a whopping net worth of $2 million as of 2020. He made this fortune works in television shows of dramatic success.

To date, Johnson has appeared in total 20 filmography includes Hello Ross!, Worst Thing I Ever Wore, Real Husbands of Hollywood, The Insider, The Real, Celebrity Page and more.  Therefore, this TV certainly shows him to earn a good amount.

On the other hand, as of 2020, his father Magic Johnson has a valuation of $600 Million. Throughout his career, he made the heavy sum as a coach and player of the National Basketball Association (NBA).

Johnson signed a 25-year, $25 million contracts with the Lakers in 1980, and reportedly also paid more than $10 million to the Lakers in 1994 for part ownership. Sadly, he retired from basketball in 1991 due to HIV.

Furthermore, in 1992 Buss Jerry had given Johnson a contract which paid him $14 million a year. Johnson runs Magic Johnson Enterprises, a $700 million net worth conglomerate corporation.