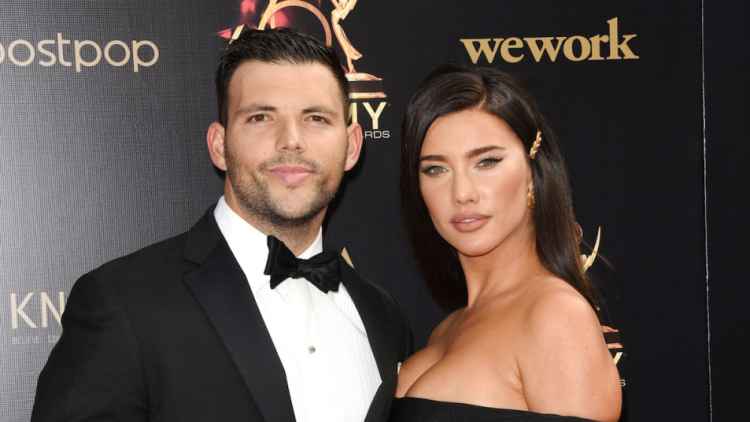 Elan Ruspoli got the heartbeat rising and his soul awaking when he finally found his real-life partner, Jacqueline MacInnes Wood. Since the couple got together for the whole life, they are coming with new adventures, which gives goosebumps to their fans while bringing peace to their minds.

The Bold and the Beautiful actress Jacqueline is having extraordinary moments with her husband, Elan, since the day of their wedding. Whenever the couple gets bored, they seize the day and plans for vacations because of their love for traveling.

Creative Artists Agency talent agent Elan Ruspoli still remembers when his soul gets restored, and his heart started beating fast. The reason was Jacqueline MacInnes Wood, who made him fall in love in a blink of an eye in 2016. That's not the only case for Ruspoli; she also had the same feelings for him.

Following the two's first meeting, they started dating after finding their hobbies and interests on the same line. Later, Elan decided to propose to her with an auspicious engagement ring in November 2017.

During that time, the Measure of a Man guest star then surprisingly got down on his knees and asked for a lifetime commitment. Furthermore, Jacqueline could not hold her back, and blissfully accepted his proposal.

Secretly Eloped under the Chuppah...

Los Angeles, California-based talent, Ruspoli, and his fiancee, Jacqueline united as husband and wife in small and private nuptials, held in the summer of 2018. Nevertheless, their wedding ceremony was a delicious treat for their guests, who were there at that time.

The bridegroom captured some memorable moments on their wedding day, where Jacqueline was looking beautiful in a white off-the-shoulder gown. Meanwhile, Elan was in a formal black suit, tied up with a black bow tie.

The Family of Two Turned Out to be Four Soon!

The newlyweds, Elan and Jacqueline announced the good news through an Instagram post shortly after their wedding in August 2018. Moreover, they welcomed their first child, Rise Harlen Ruspoli, on 4th March 2019.

During the time of birth, the couple's son, Rise, weighed 7 pounds, 13 ounces, and 21½ inches long. For the better future of their son, they settled down in the metropolitan Los Angeles area of California.

What's more to this? The Ruspoli-Wood family are soon going to be four because the phenomenal actress is pregnant again. Jacqueline popped out the upcoming of her second child via Instagram in October 2020, where she wrote, "Once her second child will join them, the happiness and fun will not stop!"

If You are Looking for More Diversifying Articles of Your Favourite Celebrities, Then Take a Look at Married Celeb!!!