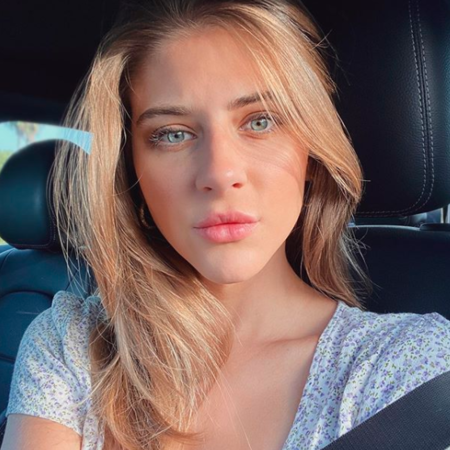 Erica Moser is an American entrepreneur, YouTuber, and social media personality. However, she came into limelight after appearing on season 2 of the American reality television series Marrying Millions along with her boyfriend. Moreover, she appeared in the show with Rick Sykes, who is over 46 years older than her. Since after that, she has got huge attention and criticism for media and viewers. Despite criticism, she is living a happy life with her Rick right now.

The Marrying Millions star, Erica Moser was born on November 5, 1996, in Springfield, Illinois, United States of America. However, her parents' information is still unknown. However, she grew up with her brother, Evan Moser. She holds an American nationality and belongs to white ethnicity. She completed her school from Ed Klopfer School.

Well, Erica, 23, is in a romantic relationship with her boyfriend. Moreover, she is dating a multi-millionaire businessman, Rick Sykes, 69. She is currently appearing in American reality television series, Marrying Millions with her over 46-year age gap. However, the couple met for the first time with her boyfriend through the Instagram account.

Erica and Rick's relationship is currently a hot topic in Hollywood. The love birds are facing a lot of criticism before publicly speaking about their love life. Besides, she often shares an adorable picture of her boyfriend. Despite criticism, she is living a happy life with her Rick right now.

The five feet and six inches(1.68 m) tall, Erica might have earned a net worth from her career as an entrepreneur, YouTuber, and social media personality. However, her exact net worth figure is under review. Furthermore, she has an estimated net worth is $300,000 which is similar to Sarah Niles.

On the other hand, she also appeared on the YouTube channel @erica35mm with 24.1K followers. According to SocialBlade, her channel earns a monthly earning of $36-$570 and a yearly earnings of $427-$6.8K. Apart, her boyfriend Rick is multi-millionaire with a net worth of $10 million as of 2020.

Besides, her boyfriend, Rick Sykes owns a yacht, and the main source of her net worth is from yacht business. He also earns the latest fashion and trends for cars and bikes and other luxury items.  As of now, she is living a healthy and wealthy life with her family and older boyfriend.