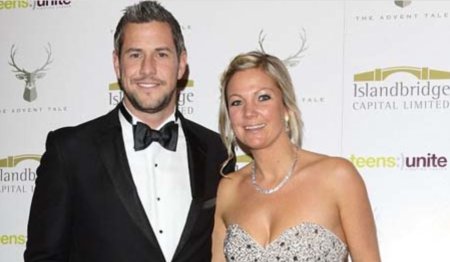 Once a great person with a beautiful mind said, "Never allow someone to be your priority while allowing yourself to be their option." Just in the case of Louise Anstead, she is one of the daring women who don't show their tears when the sun sets off because there will be stars to heal the broken soul.

Born as Louise Herbert, she became a self-dependent and responsible woman after facing a tragic divorce with her former husband. So, does she married twicely, or is she single in 2020? Find more amusing facts about Louise in the following sections.

The 39-year-old, Louise is currently living a single as of 2020. She didn't hesitate to tell about her broken marriage and proclaimed herself to stay single by not committing to another marital relationship with someone else.

While talking about Louise's professional life, many people questioned, "What she used to do for a living?" Nevertheless, she didn't talk about her career or profession and kept it close to herself.

Stayed Married for 12 years with her Former Spouse, Ant Anstead

Louise Anstead lived the most beautiful moments with her former husband, Ant Anstead, an English TV presenter. The duo officially started dating in 1996, after meeting surprisingly.

After dating for eight years, Louise gave birth to their first child, Amelie Anstead in 2004. Following the birth of Amelia, the pair exchanged their wedding vows in a quiet ceremony in 2005.

The married couple then announced their second child after two years of marriage. Furthermore, they welcomed an adorable son, Archie Anstead (born in 2007), who is now 13 years old.

All the things are going positively, but something just happened that led to their marital relationship in the darkness. The couple then filed for divorce in 2017 after staying married for more than a decade.

On 12th October 2017, Louise's husband, Ant announced their divorce settlement saying, "He has been separated since July, and their kids will remain 100% priority for themselves." After their separation, their fans rumored that Louise and Ant's marriage ended due to infidelity, but the reason of their divorce is still under the closet.

Her Ex-Husband, Ant Is Now Committed Twicely with Christina Anstead

The couple had their first encounter in 2017 after Ant and Louise's separation. Shortly after their meeting, they dialed a call for precisely 29 minutes. Later the sweet conversation came out as dating partners in October 2017.