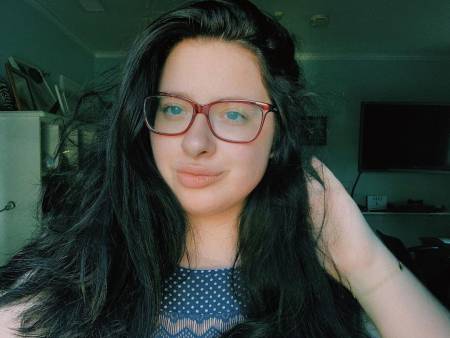 Olivia Pacino is one of the rising celebrities who came to attention as the twin daughter of Academy Award-winning actor, Al Pacino and promising actress, Beverly D'Angelo. She is a capable child who can do anything to garner everything it comes to herself.

The native of California, Olivia loves to travel outdoor like country to country while making new experiences. Out of 195 countries in the world, she visited five amazing countries till now. So, how's Pacino's love life going on? Let's check out the facts written down below.

The 19-year-old, Olivia is in a happy relationship with Ryan Harley, who is a music producer and rapper. The duo might get to know each other after meeting in the 2019 year and started dating shortly after a time.

On 4th November 2019, Olivia revealed her secret dating life with her boyfriend, Ryan, through an Instagram post, where she wrote a caption, saying, "My Love." Meanwhile, Ryan also shared a picture via Instagram, while posing in front of the mirror with Olivia on 23rd November 2019.

Olivia loves to show her love for Ryan on her Instagram account and recently shared a photo, captioning, "Life is an adventure, so take my hand, and we will go through it together." on 5th February 2020. She also posted a picture on Instagram, where she said, "she is blessed to have him by her side." on 11th February 2020.

Olivia's parents, Al and Beverly were romantically involved in a relationship for more than six and a half years. The duo had their first encounter in 1996 and found they're meant to be.

The duo announced they're expecting their first child after dating for four years. They then entered into parenthood after welcoming twin children, Anton James and Olivia on 25th January 2001.

All the things were going all right, but somethings just created a mess in their life that led them to separation. They officially ended their relationship due to their personal differences in 2003.

Olivia's dad, Al Pacino never thought of getting married, because dating high-class women came first into life. He first started dating an American actress, Jill Clayburgh in 1967, which ended up in 1975.

New York-based actor, Pacino then had an on-and-off relationship with his The Godfather Trilogy co-actress, Diane Keaton in 1971. They, however, separated after filming The Godfather Part III in 1991. Later, Diane said, "Al was simply the most entertaining man with the most beautiful face, but she thinks Warren was gorgeous, very pretty, and Al's face is killer."

Olivia's father, Al involved in an affair with an acting tutor, Jan Tarrant in 1988. After dating for over a year, they welcomed their first child, a daughter, Julie Marie in 1989. Following the birth of Julie, they split up amicably.

Hunters star, Pacino was in a ten-year living relationship with Lucila Polak, an Argentine actress from 2008 to 2018. Even though Pacino was Lucila's partner, her daughter, Camila Morrone called Al as her step-dad.

Other than that, the promising star, Olivia has had relationships with Tuesday Weld, Marthe Keller, Kathleen Quinlan, Lyndall Hobbs, Penelope Ann Miller. What's more to this? Pacino recently broke up with an Israeli actress, Meital Dohan in 2020 after staying together for two years.

Take A Look At Your Favorite Celebrities' Exciting Facts At Married Celeb!!!