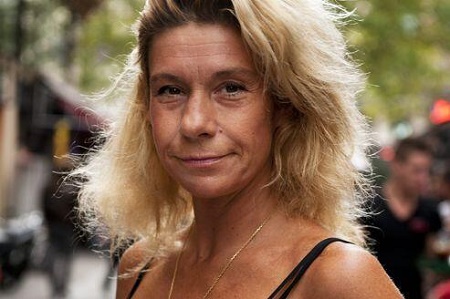 Most individuals have passions differs according to their interest and habit. We're talking about French humorist, columnist and political activist, Frigide Barjot, who is against same-sex marriage in France and adoption of LGBT.

Frigide Barjot was born on 25 September 1962 in Boulogne-Billancourt, France.  As per her birthdate, she is 56 years old. Further, she was raised by a music teacher father and a clinic-owner, mother. Barjot holds French citizenship and ethnicity is not known. Regarding her education, she studied at Jean Moulin University in the major subject Law.

After high school, Barjot joined the public relations office for the Republic (RPR) of the French Gaullist political party: Rally. Then, she organized demonstrations in Paris against gay marriage in the year 2013. And Frigide became one of the prominent campaigners against France's same-sex marriage law. In addition, she serves as Manif pour Tous's spokeswoman.

Recently, the moderate face of the anti-gay French marriage motion is now being attacked on the far right by former allies. She even said:

“I’m being bombarded with threatening letters, email, telephone calls,” she says. “Before the law on homosexual marriage was passed, the threats came from the gay militants or the far left. Now they are coming from the homophobes of the far right…”

She even asked for police protection and is even considering seriously boycotting her own demonstration. She may still take part, but if threatened or insulted, she says she will walk away.

Besides this, Frigide also appeared in the Music and cinema. Some of her appearances are Member of the band Dead Pompidou's., Make love to me with two fingers imitating Brigitte Bardot(2006), Fabien Onteniente: 3 zéros (2002) and People (2004).

Barjot and Tellenne hadn't shared any information about when and how they started their relationship. Well, their wedding date, place or venue, etc. are also confined. Speaking of now, Barjot and her spouse Bruno has maintained their marital relationship in private or undersleeves.

Despite a low key live, they live a blissful marital life with no difficulties and problems. In fact, the love birds even rarely attended some functions together and provided the glimpses of their beautiful moments. So far, there is no news about their children to the media.

Besides, this happy pair founded together an organization, Jalons. This foundation is specialized in comedy happenings and pastiches of national magazines and newspapers. Also, Frigide is a close friend of BBC reporter, Shaun Ley.

The French anti-gay marriage leader, Frigide Barjot, has accumulated a massive amount of money throughout her profession. However, the actual amount of net worth has been concealed. Her main source of income is through as humorist, columnist, and political activist.