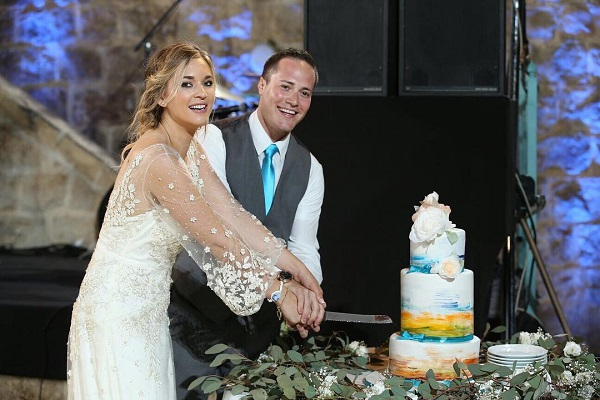 American conservative commentator and journalist Katie Pavlich is a popular name among Republican supporters. She has had a stellar career and has worked with some of the biggest news agencies in the world.

The journalist was named Conservative Political Action Conference (CPAC) and is a thorn in the side of the liberals, but what about her relationships? Is she married? Scroll through to read all about Pavlich’s married life.

Katie Pavlich Got married In 2017

Pavlich is immensely focused on her professional life, so much so that she does not share the details of her personal life to the world. However, she could not resist letting her scores of fans know about her wedding. Katie is married to her husband, Gavy Friedson.

She and her spouse, Gavy Friedson, married in 2017. Katie announced her marriage on her social media profiles. The pair had dated for a long time previously and wedded on July 5, 2017.

Pavlich captioned her wedding pictures with “7-5-2017: It's going to be a wonderful life!”. A year later, she shared the photos from her wedded bliss writing, “If year one is any indication of how fun life is going to be together, we’re in for an awesome time.”

Who Is Gavy Friedson? Did He Save An 86-Year-Old Woman’s Life?

Gavy Friedson is a humanitarian trained in EMT who serves as a first responder in Israel. He once saved a woman at Newark airport after he immediately saw her collapsing in her wheelchair and turning red.

He used the help of the airport police to get a defibrillator and help the woman. CPR was performed on the woman for around 8 minutes. He had just landed on the airport and found himself performing CPR.

Did Katie Pavlich Have An Affair With Brandon Darby?

Brandon Darby is Katie’s childhood friend, and rumors of their relationship had circulated before Katie came into the limelight.

Darby was born on November 2, 1976, in Pasadena, Texas, the U.S. He worked as an informant for the FBI in addition to being a journalist and, as some outlets described him, ‘a radical.’ He helped the Bureau by infiltrating groups planning to protest at the 2008 Republican Convention.

Later, his information would lead the FBI to seize 34 homemade riot shields. Some protesters had also made Molotov cocktails, a kind of improvised explosive usually made in a glass bottle.

A tweet by the former informant revealed that he had dated Pavlich in the past. He tweeted, “I almost didn’t date @katiepavlich because I was against dating someone in our movement. @andrewbreitbart said, “Are you an idiot? Date her.”

Similarly, a lot of mutual friends of the pair have also Tweeted about their relationship.  Apart from this, they have not revealed the details of their relationship to the public, and they obviously broke up as she later dated and married Gavy Friedson.

Follow marriedceleb for the latest news, updates, and gossips!