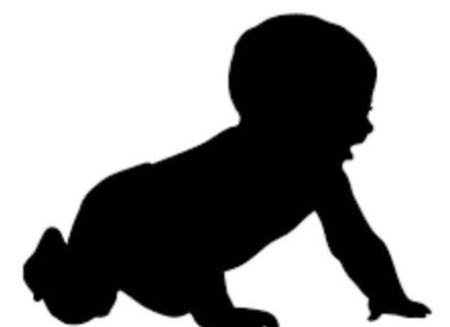 Guppy Clarke is the late son of actor, director, writer, and singer Clarke Peters. One of the five children of Clarke, Guppy, died of a kidney tumor at age four in 1992. He was born to mother, Joanna Jacobs, and had a brother named Joe Jacobs, an actor.

Guppy's father, Peters, is best known as detective Lester Freamon in HBO drama, The Wire. Also, he has starred in HBO's Treme, CBS crime drama, Person of Interest, among others. Recently, he appeared as Otis in a war drama film, Da 5 Bloods.

The late child's mother, Joanna, is the daughter of British broadcaster, David Jacobs. Also, Joanna's sister, Emma Jacobs, is an actress. It is unknown when and where she met Clarke, but the couple had ten years of relationship. Further, they never married each other.

Guppy's parents kept their love affair very private throughout their relationship. They also shared a son, Joe, who is an actor. He is best known for appearing as PC Billy Jackson in the BBC police drama, HolbyBlue.

In an interview with The Guardian, Clarke revealed that after Guppy's death, he and Joanna separated. They didn't know how to deal with the grief after losing their son. Hence, the relationship began meandering.

Clarke Peters has been married twice. His second and current wife is the British native, Penny, who was his longtime friend. The pair have been together for a long time, and they reside in North West London.

Clarke and Penny has one son named Max Peters, who appeared as the young Michael Jackson in the West End production of the musical Thriller-Live.

Peters first met his wife, Janine Martyne, while recording songs. Janine used to sing with him, and soon they exchanged their wedding vows.

They shared two children; a daughter, China, and a son, Peter. China works as an architect while Peter is a tattoo artist. It is not known if Clarke still meets his children.

The oldest son of Clarke and Joanna Peters, Joe, was born as Joseph Erawan Jacobs Clarke in 1983 in England, UK. While Joe was active in television in the late 90s and 2000s, his current status is behind the limelight.

Sometimes life can be very cruel. The grief of losing one's close family member remains until a lifetime. The same happened with Clarke Peters. He once told an online tabloid that losing Guppy was the worst thing that happened to him.

The youngest son of Clarke and Joanna was born in 1988. He passed away at age four in 1992. The reason behind his death was a kidney tumor.

The Wire actor, Clarke Peters, has a net worth of $1.5 million as per celebritynetworth. He is a London based actor who is still active in the entertainment industry at age 68.

Peters has appeared in several films and television shows during his career. Some of his movies has collected an excellent revenue at the Box-Office. For example, in the 2019 film, Harriet made $43.3 million, while the 2017 film, Three Billboards Outside Ebbing, Missouri, made $160.2 million.