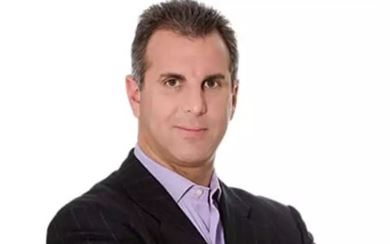 Guy Adami is a regular face of the CNBC show. Guy Adami is known for having a close affiliation with the news channel CNBC similarly as another CNBC correspondent David Faber. He is the MultiMillioner American Investor who is a member of several high revenue businesses. Moreover, he is also renowned for presenting the CNBC Financial Market Exchange Report, Fast Money. He also acts as Vice-Chairman of the NJ Branch of the Leukemia and Lymphoma Society.

The winner of the 2015 Man of the Year, Guy Adami was born on December 18, 1963, in New York City.  The eldest among his five Sibling Guy is a 1982 graduate of Croton-Harmon High School. Moreover, he is a 1986 graduate of Georgetown University. On the other hand, his father was a Village Justice in Croton-On-Hudson, name Guy M whereas Adami's mother is Nancy C.

As for his marital status, Adami is a married man. Linda Snow is his wife. The pair concluded their wedding ceremony on 2 August 1997, which indicates that they have enjoyed more than two decades of their marriage life. His wife  Linda Snow is focusing on clinical research, Merck.

According to some internet tabloid. Guy meet his present wife for the first time while working at e New York Mercantile Exchange. During that time Lind was sophomore at her college. The lovely couple Adam and Linda supposed to have a relationship for several years before getting married.

Moreover, they are having a wonderful marital life. And To this day there are no rumors regarding their divorce or separation hang around their marriage life. For instance, the romantic couple Guy Adami and Linda are the proud parents of three adorable children. Scroll down and Find out more.

Adami and Linda share, three children. However, there is not many specifics details regarding Guy's children. But he often shares pictures of his family on social networking sites like Twitter and Instagram. His family includes two sons and one daughter.

Lily Adami is the only daughter of Adami whereas his one of a son's name is Timothy Adami. On 13 August 2013, Guy posted a photo on his Twitter account showing his children's glimpse of at Yosemite's fall.

Additionally, he wished his daughter on her birthday on 22 May 2018 when she was 18 years old. The family of five is now residing in Morristown, New Jersey. Scroll down to discover Adami's net worth and earnings.

An American investor Guy Adami is one of the Succesful investors and entrepreneurs who is the board member of several Mltubilliona dollar companies. More then, that he has poured millions of dollars in share market whose dividend and stock exchange must earn another several million is his financial portfolio.

According to celebritynetworth, his accumulated net worth is around $30 million whereas another CNBC affiliate Geoff Cutmor. During his initial days, he used work for the New York Mercantile Exchange and recruited as Vice President in 1996. So perhaps being the Vice president he must ave amass a great amount of fortune during that time.

Afterward, he positioned as executive Director at CIVC World Market in  2003. Similarly, he became the Board of Trustee for New Jersey of the Leukemia And Lymphoma Society. Therefore through his business venture, he must earn six-digit income every year.

The guy is a founding candidate of Fast Money(CNBC). He is serving as Director of Advisor Advocacy at the Morristown Private Advisor Company, New Jersey. The Private Advisor Organization consists of a network of approximately 600 advisors with an accumulated value of assets worth a massive $17 Billion.

Find Out More Interesting Biography And Gossips On MarriedCeleb!!