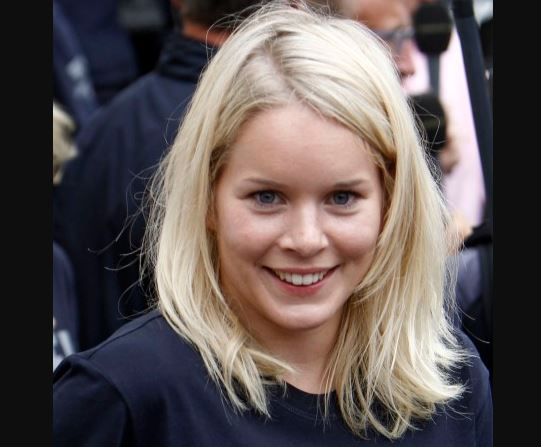 Being a celebrity partner is quite overwhelming as you will be surrounded by media all the time. There will be a constant focus upon your personal life, and maintaining secrecy can be dull. But today we will talk about a power couple who are famous for their longterm relationship. Miss Hanna Prater is among the list of super hot celebrity wife who got married to Formula One racing driver, Sebastian Vettel.

Prater's boyfriend-turned husband, Sebastian, is a four-time Formula One World Champion who is regarded as one of the greatest drivers in the history of the sport. On the contrast, Prater is working on her line of fashion clothing and accessories.

The former design student married her school sweetheart and the father of her two daughters in a small ceremony. Their wedding ceremony was held on June 2019 at home in Switzerland. They had their first encounter during a World Cup group game in Dortmund in 2006.

Prater and Vettel have been together for thirteen years and currently reside in a medieval-style farmhouse in Switzerland. Their marriage became known after Sebastian was spotted wearing a wedding ring in the French Grand Prix paddock.

Despite being open about their relationship, the topic of their marriage was confidential. Hanna and Sebastian were rumored to be married in 2014, but they laughed off it denying the gossip.

They are one of the oldest-running couples on the Formula One circuit, just like Niki Lauda and his former wife, Marlene Knaus. When asked why she doesn't attend Vettel's races, she stated that the racing arena is simply a place of work for him, and she has no desire to go there and distract him.

The four-time world champion and his old-time girlfriend welcomed two children before their wedding. They welcomed their first child, a daughter named Emily Vettel, on January 12, 2014. Similarly, they had their second daughter named Matilda Vettel in September 2015.

In the early days of their romance, Hanna and Sebastian began a long-distance relationship where Prater stayed in Germany while Vettel moved to Switzerland for his career. They started living together in 2010 and purchased a home in Switzerland.

The husband-wife duo is also expecting a third child which was revealed at the Hungarian Grand Prix in 2019.

As a designer and the founder of her own fashion line, Hanna Prater might have amassed a net worth of $300,000. She is a private woman and doesn't share much about her personal life. However, she shares the stunning net worth of her husband, which is over $100 million as of 2019.

YouTube: See one of the highest-paid Formula One racer, Sebastian Vettel!

In 2015, Vettel's annual income was around $44 million, and in 2019, he was ranked 86th in Forbes' World's Highest-Paid Celebrities list. Additionally, between June 2017 and June 2019, Sebastian earned $80 million from salary and endorsements.

Sebastian has a collection of luxury cars, and he has a passion for motorbikes. The couple lives in a $7 million farmhouse in the Swiss countryside.

Hanna was born in Heppenheim, Germany, in 1987 to a German father and a British mother. She majored in textile design from the Baden Wurmberg Fashion School.

After graduation, she worked in the print fashion industry, working at the S.Oliver fashion House and styled the famous Look Magazine.